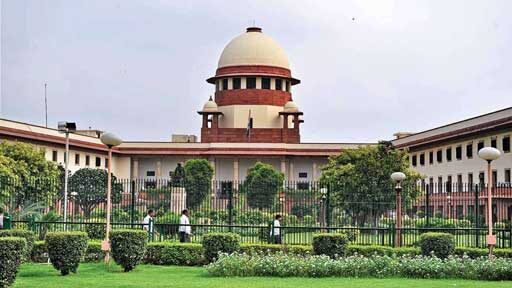 Today, in the Latest Judgment, the Supreme Court has harped upon the Courts to have liberal and realistic approach in determining compensation for Motor Vehicle Accident Claims

On 18.05.2012, a motor accident occurred in which the appellant was injured while travelling to Hapur as a passenger on a bus. The appellant was taken to Dr. Khan’s Rehan hospital and after that, AIIMS Trauma Center. The appellant filed a motor accident compensation claim under Sections 166 and 140 of the Motor Vehicles Act, 1988, impleading the owner, the driver of the vehicle, and the insurer. He claimed compensation to the amount of Rs. 50 lakhs with interest at the rate of 12% per annum.

During the pendency of the above proceedings before the Tribunal, the claimant/appellant applied for the ascertainment of his disability. The disability report mentioned that the claimant/appellant suffered 89% disability with respect to his right upper limb, which had to be amputated. The report also stated that the condition was “non-progressive; therefore, reassessment is not recommended. An FIR regarding the accident was also registered under Sections 279 and 338 of the Indian Penal Code, 1860.

The Tribunal held that the appellant had suffered severe injuries due to rash and negligent driving of the respondent, therefore awarded a compensation of Rs 14,25,000/-. Tribunal assessed the loss of earning capacity by considering the appellant’s income to be Rs. 8000 per month and added 50% towards future prospects. A multiplier of 18 was applied, as at the time of the accident, he was only 20 years old.

Claimant filed an appeal before the High Court, for enhancement of compensation and another appeal was filed by insurer challenging the award. The High Court revised this head of compensation by doing away with the addition of 50% towards future prospects and reassessed the compensation for loss of earning capacity as Rs 7,77,600 (28000 x 12 x 45% x 18).

The total compensation was reassessed by the High Court to be 14,36,600, after enhancing the compensation for disfigurement, diet, attendant and conveyance, loss of amenities and enjoyment of life, and pain and suffering. Further, an interest of 9% per annum was imposed. The High Court relied upon the Judgment in the case of National Insurance Company Ltd. v. Pranay Sethi & Ors. and Jagdish v. Mohan & Ors’ both for reducing the amount towards loss of future prospects.

Being aggrieved, the claimant challenged the Judgment and Order of High Court before the Supreme Court by filing a Civil Appeal No. 2567 of 2020.