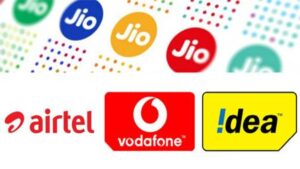 The Supreme Court on Tuesday allowed telecom operators 10 years to pay up dues related to adjusted gross revenue (AGR). The Judgment came from a three Judges Bench of Justice Arun Mishra, Justice B.R.Gavai and Justice Krishna Murari in the case of Union of India vs Association of Unified Telecom Service Providers of India (M.A. (D) No. 9887 of 2020 in Civil Appeal Nos. 6328-6399 of 2015)

The development comes as a relief for Vodafone Idea Ltd, for which survival would have been a concern had the apex court not agreed to a staggered payment schedule. The company owes over ₹58,000 crore in AGR dues.

The Court has directed telcos to make 10% upfront payment of their AGR dues, with the 10-year payment schedule to begin on 1 April, 2021, and the annual instalments to be paid by 7 February every year. The top court has asked managing directors/chairmen of the telecom companies to submit personal guarantees within four weeks against the payment of AGR dues.

For recovery of AGR dues from bankrupt operators, the apex court has asked the National Company Law Tribunal (NCLT) to decide whether spectrum held by these telcos can be sold under the Insolvency and Bankruptcy Code (IBC).

The court said it agrees with the submission of senior lawyer Harish Salve, representing Reliance Jio Infocomm Ltd and lenders to bankrupt Reliance Communications Ltd, that spectrum held by a bankrupt telecom company is an asset and can be sold under insolvency resolution process to recover dues.

The department of telecommunications (DoT), in March, had appealed to the apex court seeking 20 years for paying AGR dues, which include spectrum usage charges, license fees, interest, penalties, and interest on penalties.

The Supreme Court had expressed reservations about granting 20 years’ time, voicing doubt about recovery of dues, especially from Vodafone Idea which has been battling a liquidity crunch.

On 24 October, the apex court upheld the DoT’s broader definition of AGR and ordered telcos to pay levies based on that definition, along with interest on the principal amount and penalty. The DoT calculates levies such as SUC and licence fees based on AGR.

The court directed 15 telcos, including those which have shut shop, to pay ₹1.47 trillion in AGR dues within three months. In subsequent hearings, the court had rejected dues based on self-assessment by telcos, saying that the calculations of the DoT were final.

For Bharti Airtel, the DoT estimate stands at ₹43,780 crore, but according to the telco’s self-assessment, it owes ₹13,004 crore. The telco has paid this amount along with an additional ₹5,000 crore in ad-hoc payment.