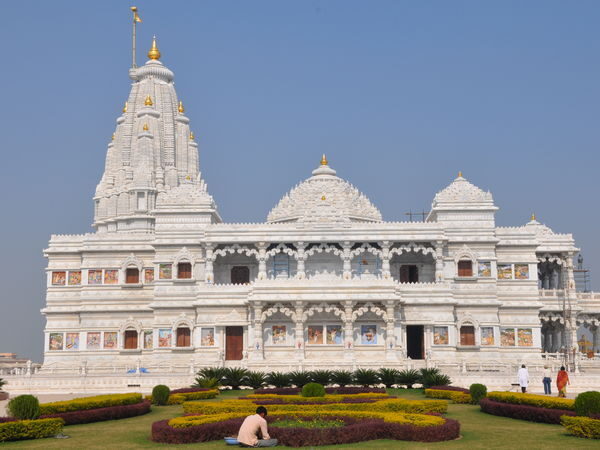 723
SHARES
2.1k
VIEWS
Share on FacebookShare on TwitterShare via WhatsappShare via EmailPinterest

In the latest case, devotees of Lord Sri Krishna Virajman have filed a case in the Mathura Court praying that the Masjid Idgah which is allegedly built on the land of Shri Krishna Janambhoomi, should be removed.

Bhagwan Shri Krishna Virajman has been named as the petitioner in the case. The petition names six devotees of the God as petitioners as well.

The Plaintiffs prayed that a structure had been constructed by the Management Committee of the Masjid Idgah Trust and the Sunni Wakf board gave the consent at the Katra Keshav Dev site. As per the petition, the land where the structure was constructed belongs to Shri Krishna Virajman.

A description of the first petitioner, The God Shri Krishna Virajman, is also mentioned which goes as follows:-

Shree Krishna Janmbhoomi is arrayed as the second plaintiff and has special significance in Hindu Law and the religious scriptures of the Hindu faith.

As per the petition, the devotees want to ensure that Pooja and other rituals continue in the birthplace of Shri Krishna Virajman.

It has also been submitted that as per their rights enshrined under Article 26 of the constitution of India, Plaintiffs should be allowed to manage and hold the property belonging to Shri Krishna Virajman.

Case of the Plaintiffs:-

The plaintiffs argued that the ownership rights of the property belonged to the deity and the trust and that Shri Krishna Janmasthan Seva Sangh had no legal right to transfer the property.

It is further submitted that the birthplace of the deity lies under the land where the Masjid was constructed.

The Plaintiffs also stated that the defendant, Sunni Wakf Board has been arrayed in the case because they allegedly permitted the Management Committee of the Masjid to get into a compromise with the Shri Krishna Janamasthan Seva Sangh and acquire the disputed land.

As per the Plaint, the Committee of Management of Trust Masjid Idgah and Shri Krishna Janmasthan Seva Sangh is also arrayed as defendants because they got into a compromise illegally and transferred the land of the deity.

The petitioners also stated that as per Hindu Law, if a property is vested in deity, then it will continue to be the property of the deity and it can never be destroyed. In case it is raised or encroached upon by invaders or other miscreants, then it can be regained and re-established by the devotees.

The Plaintiffs have sought following reliefs: