Whether Second Marriage Under Muslim Law, Cruelty towards First Wife? 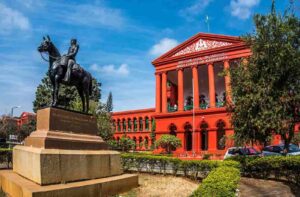 In a Latest Judgment of Karnataka High Court, a Division Bench has held that the Husband contracting Second Marriage under Muslim Law,
though legal as per Shariyat. Still, it amounts to Cruelty towards the First Wife,
therefore is a ground of Divorce.

As per the Judgement, the facts are:

Both the appellant (Husband) and respondent (Wife) happened to be Sunni Muslims.

Their marriage was performed on 17.07.2014 in the presence of Jamat people of
Masjid-e-Mehraj at Bada Makan, Siddakha Road,
Bengaluru as per Shariyat Law. After the marriage,
for a short period, the parties led a happy life in a separate house, independent of parents of the Husband.

The respondent (wife) had filed a suit in O.S.No.47/ 2016 seeking a decree for dissolution of
the her marriage on the grounds of cruelty and desertion. It was alleged that the appellant
and his parents manhandled her and her parents without any justification whatsoever.

The appellant had contracted a second marriage with another lady when the respondent was carrying and that he has begotten a child from the said lady.

The appellant (Husband) resisted the suit claim in addition to seeking a decree for
the restitution of conjugal rights inter alia contending that he had always loved the respondent.

The Husband further pleaded that he contracted the second marriage under
the irresistible pressure mounted by his parents, who are quite powerful & politically influential.

He further submitted that Shariat permits a Muslim to contract multiple marriages and
therefore such a conduct per se does not amount to cruelty, nor constitute a ground for opposing restitution of conjugal rights.

The Principal Judge of Family Court, after hearing the parties and going through the record, decreed the suit in favour of Wife.

The Husband feeling aggrieved filed an appeal before the Karnataka High Court, challenging the Judgement and Decree of Family Court.

A Bench of Justice Krishna S. Dixit and Justice P.Krishna Bhat, of Karnataka High Court, declined to interfere on the following reasoning:

As such, the Karnataka High Court recognized second marriage in Muslim law as cruelty towards the First Wife and therefore a ground for dissolution of marriage.