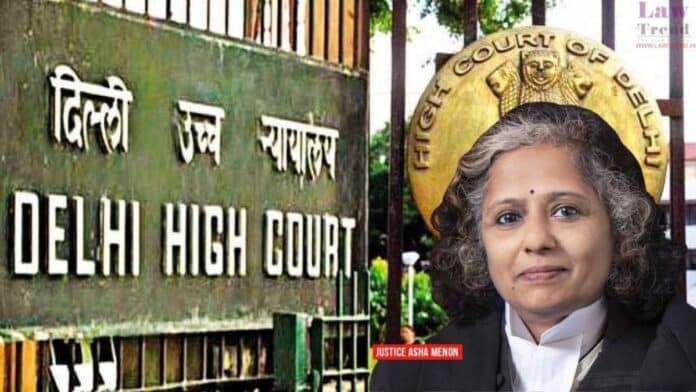 The Delhi HC on Monday ruled that A joint liability to pay a debt will not be sufficient to make a person vicariously liable under Section 148 N.I. Act.

The bench of Justice Asha Menon stated that “without specific allegations in the complaint reflecting the role of the accused, the persons named cannot be summoned in a case under Section 138 read with 141 N.I. Act.”

In this case, the respondents had filed the complaints under Section 138 read with Section 141 of the N.I. Act against Pantel Technologies Pvt. Limited and its directors, the petitioners Javahar Lal and Vivek Prakash.

The learned Trial Court after considering the material on the record took cognizance of the complaint and issued summons. The petitions have been filed praying that the proceedings pending before the learned MM be quashed regarding the petitioner arrayed as accused No.2 in the complaints.

Whether the petitioner is liable under Section 141 N.I. Act?

The bench reiterated that it is necessary to specifically aver in a complaint under Section 141 that at the time the offence was committed the person accused was in charge of and was responsible for the conduct of the business.

High Court opined that Since Section 141 of the N.I. Act raises a legal fiction creating vicarious liability, and strict compliance with statutory requirements was called for. A joint liability to pay a debt will not be sufficient to make a person vicariously liable under Section 148 N.I. Act.

The bench stated that “the averments made in the complaints even if be fully accepted, the documents annexed thereto ex facie show that the petitioner though a director of the accused company was not in-charge of or responsible for the conduct of its business. Thus, an essential ingredient of Section 141 N.I. Act based on which vicarious liability could be attached to the petitioner is missing.”

In view of the above, The High Court allowed the petition.

Share
Facebook
WhatsApp
Twitter
Print
Pinterest
Previous articleIn Case Of A Heinous Crime, The Hostility Of The Victim Will Not Affect The Prosecution Story, Rules Bombay HC
Next articleDecree Includes An Order Rejecting A Plaint Under Order 7 Rule 11 of CPC And is Amenable To Remedy of Appeal U/s 96 CPC: P&H HC