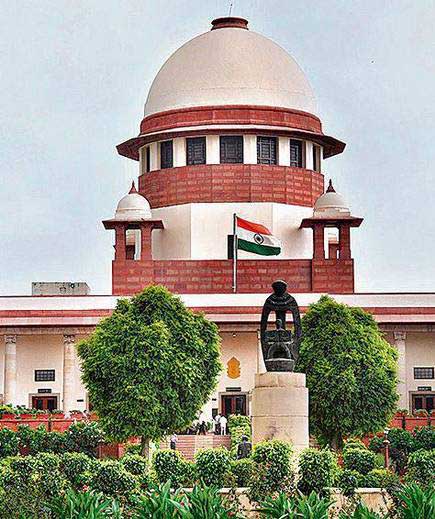 The Court has held that Mens rea should be clearly established to secure conviction under Section 304-B.

In the instant case, the appellant and his parents were charged under sections 304B and 498A of IPC. The complainant(father of the victim) had alleged that his daughter committed suicide because the appellant and his parents harassed her. It was stated that a few days before the incident, the victim was severely beaten as her father was unable to fulfil the demand of Rs 20,000 that was asked by the plaintiff.

During the trial, the father of the victim deposed that the appellant had asked for a cash loan of Rs 20000, which they were unable to provide. The Court also noted the fact that when the victim was married to the accused, there was harassment or ill-treatment meted out to her as mentioned by the brother and father of the victim.

The Court held that even though the demand for rs 2000 cash loan was made, it can’t be interpreted as a demand for dowry.

The Court also delved on the fact that why would a young woman commit suicide all of a sudden. The Court concluded that the expectation of a married woman would be love and affection from the husband. If her hopes are frustrated by the act or by wilful negligence of the husband, it will constitute abetment within the meaning of section 107 IPC, warranting conviction under section 306 IPC.

Based on the premise mentioned above the Court convicted the accused but acquitted the parents in law of the victim. The Court further noted there was no direct evidence available against the husband and in-laws.

An appeal was filed in the High Court where the Judge upheld the judgement of the trial court and dismissed the appeal.

Aggrieved by order of the High Court the appellants filed an appeal before the Supreme Court.

Arguments before the Supreme Court:-

The counsel raised the following arguments:-

Arguments of the respondents.

The counsel referred to the evidence of the brother and father of the victim, where they had stated that the victim was beaten up one week before her suicide.

It was further argued that the victim committed suicide because of the atmosphere and circumstances of her matrimonial home.

The Court observed that based on the facts of the case it could not be said that the victim committed suicide because of the circumstances of her matrimonial home and that there was no direct evidence to prove the same.

The Court also referred to the issue of demand for a cash loan and opined that just because the appellant had asked for a loan, there was no evidence to suggest that the victim was harassed because of denial of the loan.

It was also noted that during three years of marriage, there was no complaint of harassment from the victim, and it can be inferred that she was treated well by the appellant.

The Court observed that the trial court and the High Court were unable to establish that there was a clear mens rea.

The decision of the bench

The Court, after considering all the evidence, set aside the order of the trial court and quashed the conviction of the appellant.

Title: Gurcharan Singh Versus The State of Punjab