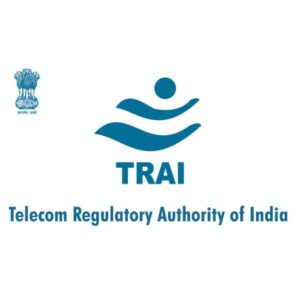 A Public Interest Litigation (PIL) was filed before the Supreme Court challenging the directive of the Telecom Regulatory Authority’s (TRAI) on commercial SMSes. However, the Supreme Court refused to entertain it. Advocate Reepak Kansal filed the plea.

In the PIL the counsel stated that the latest directive of TRAI violated the fundamental rights of the citizens of India as the sole aim of the directive was to create a database of preferences of the users. This direction might lead to citizens getting unsolicited phone calls and messages.

Advocate Jitendra Mohan Sharma who appeared on behalf of the petitioner invited the Court’s attention to section 12.

A preliminary objection was raised by Senior Counsel Rakesh Dwivedi who submitted to the Court that there were other petitions pending before the Delhi High Court where the petitioners had also challenged the directive of Telecom Regulatory Authority’s (TRAI).

ld Advocate Jitendra Mohan Sharma to intervene in the Delhi High Court. He also expressed that the Supreme Court will not hear his petition.

The case that was referred to by the Supreme Court was filed by PayTm in the Delhi High Court. Paytm has requested the Delhi HC to direct Telecom Regulatory Authority and other telecom operators to comply with the TCCCPR Regulations.

It was also submitted that because telecom operators have not complied with TCCCPR Regulations, there has been a steady rise in unsolicited messages and phone calls which can be used to commit online frauds.

A reference was also made to Tanla Solution, which is said to be an implementing partner and is working on behalf of various telecom players.

It was also averred that the sole motive of the new regulation was to create a database of all the phone users and exploit it for commercial gains.

The counsel for the petitioner submitted that as per the regulation, the participation of all entities had been made compulsory, which includes political parties, government bodies and other organisations.

As per the counsel, the Telecom Regulatory Authority’s directive is beyond its scope of powers.

The counsel relied on the Court’s decision in KS Puttaswamy where Central Government’s regulation on Aadhar Card was struck down. In that case, the Court held that the right to privacy was a fundamental right, and in this case, the Court should take similar steps.

It was also submitted that as the new directive was mandatory in nature, consumers will have no option but to give their right to privacy.