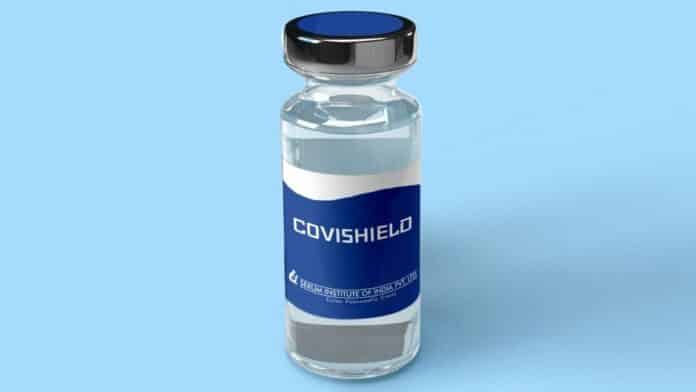 The Bombay HC on 20th April 2021 dealt with an appeal, its subject matter being the trademark ‘Covishield’. Two well-known pharmaceutical companies- Cutis Biotech (Appellant) and Serum Institute of India (Respondent) had applied for registering the TM, their applications pending.

Cutis Biotech commenced in the year 2013 while Serum Institute of India(SII) in 1956. SII is more known and reputed internationally. The Appellant filed for the registration of TM  in April 2020 while the Respondent filed for it in June 2020. Both applications under class 5 stood pending.

In July 2020 SII applied for the clinical trial of the Covid-19 Vaccine named as ‘Covishield’ to the Drugs Controller General. The DGC permitted the same in August 2020. The Food and Drugs Authority also permitted in the same month for the respondent to manufacture additional products for the vaccine. The Ministry of Health and Wellness in December 2020 published the vaccine procedure which referred to the TM  of Serum of ‘Covishield’ in collaboration with AstraZeneca.

In January 2021 the Appellant filed a suit against SII in the Commercial Court at Pune. Neither companies have a registration for the said TM . Thus, the appellant sought the case under Sec.27(2) of the Trade Marks Act, 1999 which saves the right to take action against any person for passing off goods/services as those of the applicant and preserves the remedies to prevent passing off actions. The appellant sought for an interim injunction against the respondent to restrain the use of the TM ‘Covishield’. This application was rejected by the Commercial Court. Hence the current appeal.

The learned counsel for the appellant stated that SII was guilty of passing off. It was argued that Cutis coined the word ‘Covishield’ and decided to use it in respect of pharmaceutical and other related products. This was supported by stating that they filed for the TM first and was proposed for veterinary, ayurvedic, allopathic, medicinal and pharmaceutical preparations and vitamins and dietary food supplements for humans and animals. It had also sold its products in various states thus making the TM a distinct product and business of the appellants.

On the other hand, the counsels for SII stated that they coined the mark ‘Covishield’ in March 2020, itself. An inter-office communication to their purchase department using the TM was produced in support of the same. They also cited statements showing investment plans in the development of the vaccine and its collaboration with AstraZeneca. They had granted permission from DCG allowing clinical trials since April/May 2020  after receiving the covid cell seed from Oxford University. It also stated that to this date, a Sale of Rs.37507 lakhs of the vaccine had already been made, post spendings of Rs.28 crore on R&D. It also estimated a further Rs.20 crores in future for the same.

The Hon’ble bench of Justices Nitin Jamdar and C. V. Bhadang held that the Commercial Court’s refusal to grant injunction on behalf of Cutis to SII was not arbitrary. Also, restraining SII from temporarily using the TM “would have large-scale ramifications traversing beyond the parties to the suit.” “ ‘Covishield’ is a vaccine to counter Coronavirus is now widely known. A temporary injunction directing Serum Institute to discontinue the use of mark ‘Covishield’ for its vaccine will cause confusion and disruption in the Vaccine administration programme of the State.”

The Evidence submitted by SII could be used to hold that prima facie SII had adopted the name prior to Cutis Biotech and was continually in use.

The appeal was thus dismissed.