Registered Document is Presumed to be Genuine, Unless Proved Otherwise: SC 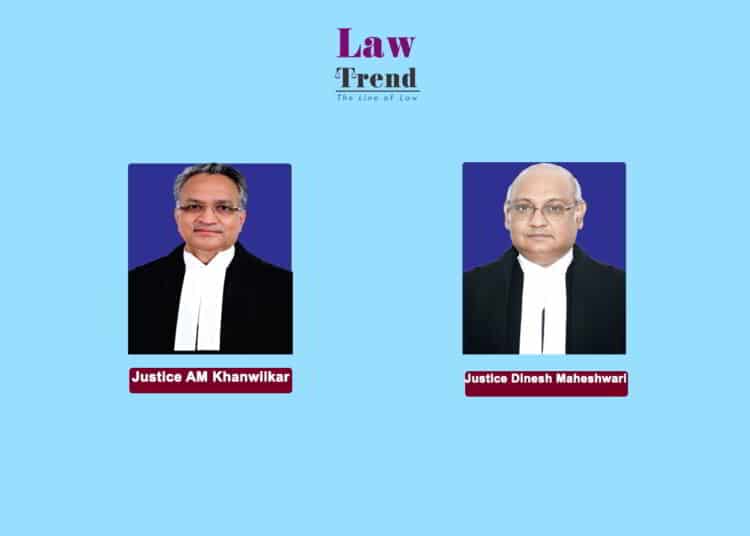 643
SHARES
1.8k
VIEWS
Share on FacebookShare on TwitterShare via WhatsappShare via EmailPinterest

The Apex Court has reiterated that a document is presumed to be genuine if it is a registered document and the onus to prove otherwise is on the person who has challenged the document.

The case was filed in 2001, and the plaintiff had stated that the defendants had taken her signatures on a blank document by telling her that the documents were needed to get the property left by their deceased father mutated in their names.

This case was dismissed by the Trial and the First Appellate Court. However, the High Court reversed the findings and decreed the suit.

Findings of the High Court were challenged before the Supreme Court:

Main issue before the Hon’ble Apex Court was whether the sales deeds and general Power of Attorney executed by the plaintiff in the year 1990 as a result of forgery and fraud.

Hon’ble Court referred to Anil Rishi vs Gurbaksh Singh where it was held that to shift the burden of proof tangible evidence was needed.

By referring to the evidence in the instant case, the Bench observed that the plaintiff had failed to prove that the defendants had misused her trust.

Another issue that cropped up during the hearing was whether the suit was within the limitation period.

In this regard, the Court delved on the effect of fraud on limitation as mentioned u/s 17 of Limitation Act. The Court observed that in order to invoke Section 17, two ingredients have to be pleaded and proved: a) existence of fraud; b) discovery of such fraud.

It was further observed that in the present case, the plaintiff had failed to prove the existence of fraud, so there was no question about the discovery of the fraud. Therefore, the plaintiff cannot claim the benefit of Section 17.

Registered Document is Presumed to be Genuine, Unless Proved Otherwise

While setting aside the judgement of the High Court and allowing the appeal, the Court observed that there was no tangible evidence to support the plea of fraud and in this case the scribe, independent witnesses and the attesting witnesses support the case of the defendant.

It was further observed that as the GPA has been proved, there was no reason to doubt its bonafide.