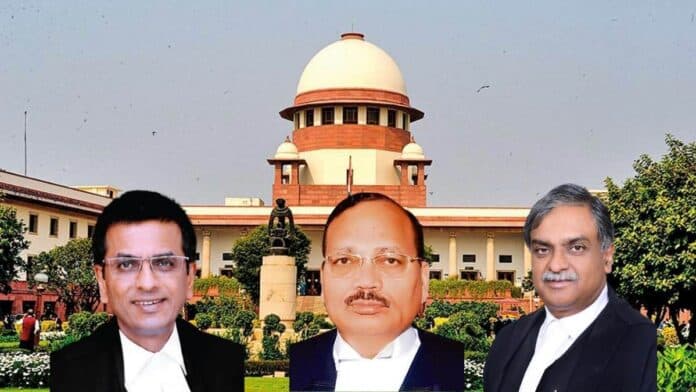 On Thursday, the Centre informed the Supreme Court that it has decided to reconsider the limit of Rs eight lakh annual income for determining the Economically Weaker Section or the EWS category for reservation in medical PG courses and NEET exams.

SG Tushar Mehata informed the Bench of Justices DY Chandrachud, Surya Kant, and Vikram Nath that a committee will be formed to determine the criteria for EWS. He further stated that NEET counseling will be postponed for the period till the EWS determination is made.

This submission was made in a batch of pleas wherein students had challenged a notice dated 29/07/2021. In the notice, the Centre and the Medical Counselling Committee had said that this year 27% of seats will be reserved for OBCs and 10% for the EWS category in the NEET PG exam.

According to the Court, the EWS quota is a progressive kind of reservation and all UTs/States should support the Central government.

However, the Bench said the EWS eligibility should be considered on a scientific basis and appreciated the Centre’s move to redetermine the criteria.

Senior Counsel Arvind Datar represented some petitioners and submitted that the implementation of the EWS quota should be done next year since a lot of time has passed.

The Bench found merit in the submission and asked the SG if the same can be done. The SG replied that the Centre wants to implement the quota this year and it will take almost four weeks.

The Court opined that the Centre should get four weeks as the court doesn’t want the government to make a hasty decision.

Regarding advocate Shashank Ratnoo’s submission that the Centre’s moves should not affect OBC students, the Court said that it has not commented on the issue and reminded that the petition is not disposed of yet.

After recording the submissions of the counsels, the Bench posted the case to January 6 for further hearing.

We are not forcing People to Get COVID Vaccination, Says Centre in Supreme Court