[READ JUDGMENT-SC [ Whether suit shall proceed denovo, If Plaint returned under Order VII Rule 10 and 10A of CPC for presentation before competent court? 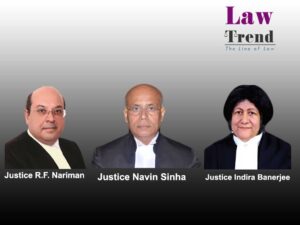 ” If a plaint is returned under Order VII Rule 10 and 10A of the Code of Civil Procedure 1908, (hereinafter called as “the Code”) for presentation in the court in which it should have been instituted, whether the suit shall proceed de novo or will it continue from the stage where it was pending before the court at the time of returning of the plaint. The order of reference also leaves it open for consideration if the conduct of the appellant disentitles it to any relief notwithstanding the decision on the issue of law.”

“The statutory scheme now becomes clear. In cases dealing with transfer of proceedings from a Court having jurisdiction to another Court, the discretion vested in the Court by Sections 24(2) and 25(3) either to retry the proceedings or proceed from the point at which such proceeding was transferred or withdrawn, is in marked contrast to the scheme under Order VII Rule 10 read with Rule 10-A where no such discretion is given and the proceeding has to commence de novo.”

Relevant Provisions: Order VII Rule 10 and 10A of the Code of Civil Procedure 1908

(1) Subject to the provisions of rule 10A, the plaint shall at any stage of the suit be returned to be presented to the court in which the suit should have been instituted.

Explanation: For the removal of doubts, it is hereby declared that a court of appeal or revision may direct, after setting aside the decree passed in a suit, the return of the plaint, under this sub-rule.

(2) Procedure on returning —On returning a plaint, the Judge shall endorse thereon the date of its presentation and return, the name of the party presenting it, and a brief statement of the reasons for returning it.

10A. POWER OF COURT TO FIX A DATE OF APPEARANCE IN THE COURT WHERE PLAINT IS TO BE FILED AFTER ITS RETURN.

(1) Where, in any suit, after the defendant has appeared, the Court is of opinion that the plaint should be returned, it shall, before doing, so, intimate its decision to the plaintiff.

(a) specifying the Court in which he proposes to present the plaint after its return,

(b) praying that the Court may fix a date for the appearance of the parties in the said Court, and

(c) requesting that the notice of the date so fixed may be given to him and to the defendant.

(3) Where an application is made by the plaintiff under sub-rule (2), the Court shall, before returning the plaint and notwithstanding that the order for return of plaint was made by it on the ground that it has no jurisdiction to try the suit,-

(a) fix a date for the appearance of the parties in the Court in which the plaint is proposed to be presented, and

(b) give to the plaintiff and to the defendant notice of such date for appearance.