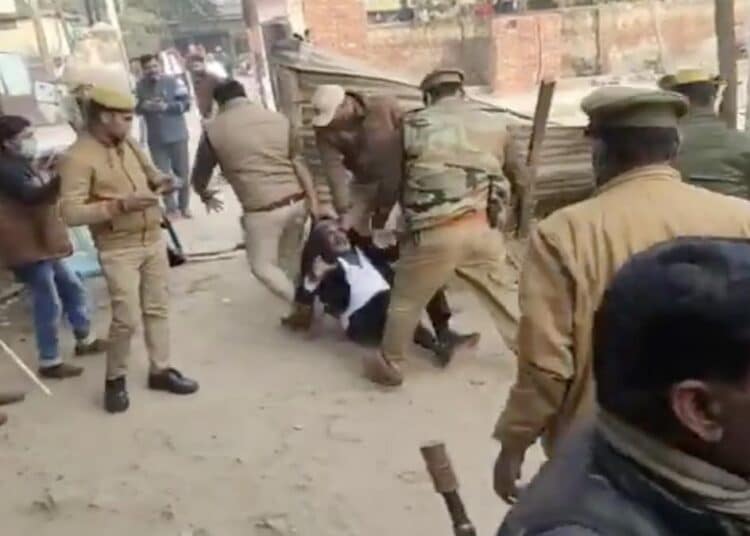 956
SHARES
2.7k
VIEWS
Share on FacebookShare on TwitterShare via WhatsappShare via EmailPinterest

After going through the report of CJM Etah, filed on last date, the Division Bench of Hon’ble Chief Justice Govind Mathur and Hon’ble Justice S S Shamshrey has framed following questions for their consideration:

(i) Whether a police team is having any authority to use unlawful force while arresting a person who has been assigned for taking law in hands when police tried to arrest him?

(iii) Whether the administrative authorities including the police authorities are well within their rights to get a person evicted from the premises against whom a decree has been granted by a competent Court, without there being any order in execution proceedings by executing Court?

(iv) Whether the Advocates Act, 1961 extends any privilege to an advocate for being not taken any coercive action by the police against him, if he is in prescribed robes?

The Court has directed to list the matter on 2nd Feb 2021.

However on the prayer of granting relief to the victim lawyer the court said that it cannot interfere in these proceedings and the victim has to avail appropriate remedy available under law.