Plea of Bias in Selection Process Not Valid After Facing the Selection Committee and Knowing Name of Members: SC 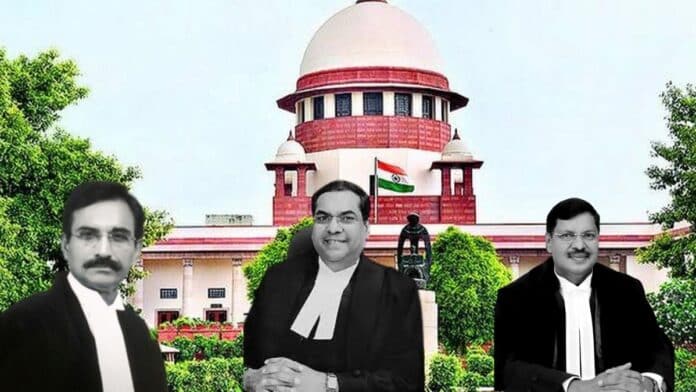 While rejecting the challenge against Dinkar Gupta’s appointment as DGP Punjab in 2019, the Apex Court held that a person cannot take a plea of bias after taking part in the selection process even after knowing about members of the panel.

In this case, the person who challenged the appointment had submitted that the selection process was biased because one of the members of the selection committee was professionally close to Mr. Dinkar Gupta.

However, the Apex Court rejected this contention and replied that a DGP was there in the panel because e it was a mandatory requirement and as the appellant being an IPS officer knew that the DGP was part of the selection committee, therefore a plea of bias cannot be taken after taking part in the selection process.

This observation was made by a Bench of Justices L Nageswara Rao, BR Gavai, and Sanjiv Khanna. In this case ( Mohd Mustafa vs union of India), the Court affirmed the High Court judgment setting aside a CAT order wherein the DGP’s appointments were set aside.

The Central Administrative Tribunal had set aside the appointment on the following grounds:-

After perusing the facts of the case, the Bench opined that guidelines can’t be termed contrary because they carry forward the Supreme Court’s guidelines regarding the criteria of empanelment of the committees.

On the issue of five core areas identified by the Committee, the Court remarked that areas like intelligence, investigation, and administration cannot be considered arbitrary due to the peculiar situation in Punjab.

Accordingly, the Court ruled that the High Court order is correct and proceeded to affirm the appointment and selection of Dinkar Gupta.