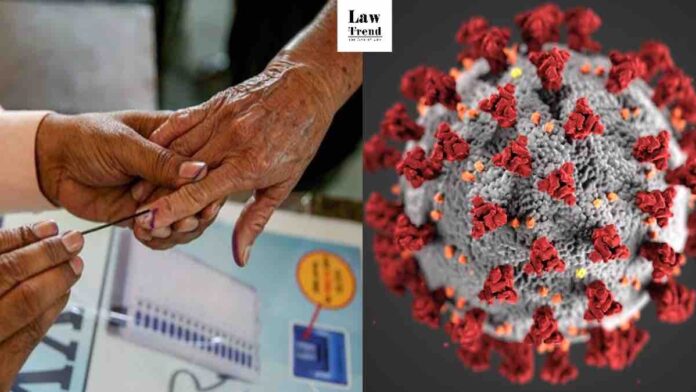 A petition has been filed in the Supreme Court against Allahabad High Court’s order allowing UP Gram Panchayat Raj Election to continue even though Covid cases are rising exponentially.

The petition reads that until April 14, Covid cases are breaking records of daily case surges in Uttar Pradesh, which has paralysed public life. The medical aid system has reached complete saturation.

As per the petitioner, the State Election Commission is directing employees of the State Government to report for training held without adequate social distancing.

All these factors requested the Court for leave to appeal and for a stay on Allahabad High Court’s order that allowed the election to continue till the situation comes back to normal.

Another prayer is that further phases of election should be stopped until the State Medical Department and independent doctors advise the State Election Commission that the situation was conducive to completing the election’s remaining phases.

It is averred that training and transit of government employees would likely spread the virus to areas that are relatively less affected. Therefore the State Election Commission should defer the remaining phases.

It was further stated that the Allahabad High Court order was passed without taking into account any statistics or data and without examining what the election process entails.

A reference was made to Covid-19 statistics, and it was stated that cases were on the rise and that the situation might be much worse.

In the plea, photographs were attached that suggested that during the first phase of elections, a vast number of people turned out where Covid-19 protocols were not followed, which in turn risked the lives of officers on duty and other people who might have come in contact with people who came out to vote.

Lastly, the petitioner stated that his hands were tied by the order passed by the Allahabad High Court, and now, only the Supreme Court can provide reliefs that he has prayed for.