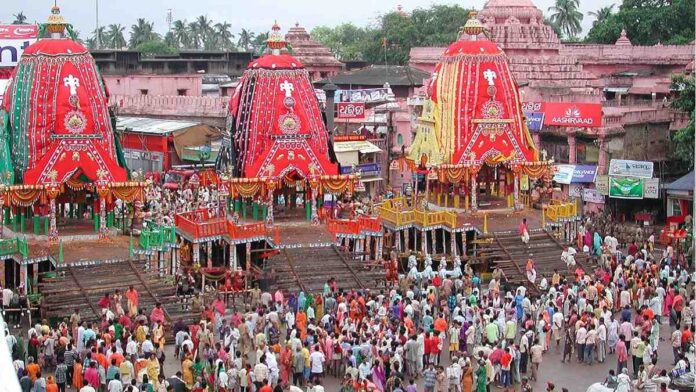 On Thursday, the Orissa High Court dismissed a batch of petitions filed by devotees and sevayats of deities who requested the Court for permission to hold Yathratras in other places of the State on the grounds of parity as the same has been granted to Lord Jagannath Temple at Puri.

The Bench of Hon’ble Chief Justice S Muralidhar and Hon’ble Justice SK Panigrahi stated these extraordinary times were prevalent in Odisha and across the country amid the second wave of the pandemic. Therefore the State’s Measures should be seen in this context so the Court will not entertain such a petition.

Hon’ble Court dealt with six petitions that challenged the State Government’s order stating that Rath Yatras can only be taken out in Puri and nowhere else in the State.

The Bench ordered that Rath yatra will not take place anywhere else in the State except Lord Jagannath temple, and at other temples, rituals will be done inside the temple.

In this context, the Bench observed that Jaganath temple, Puri constitutes a class apart and was implicitly recognised by the Apex Court in Odisha Vikash Parishad vs Union of India wherein the Court issued specific instructions about the Rath Yathra in Puri in 2020.

The Bench stated that the petitions raised a grievance that they should be allowed to hold procession as Covid cases are less in the area, but the measures taken by the State should be considered; therefore, the bunch of petitions should be dismissed.