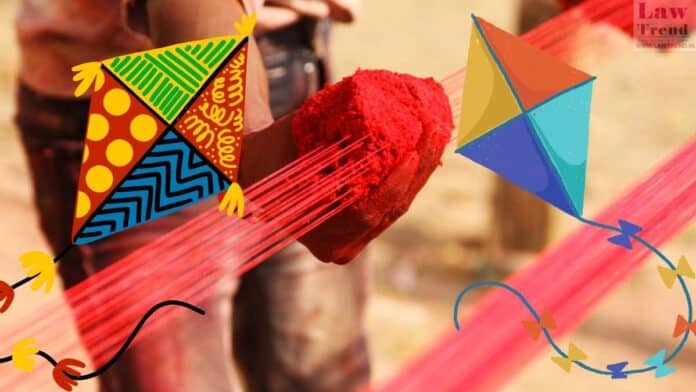 The Delhi HC on Friday stated that the order passed by the NGT prohibiting the manufacture, sale, storage, purchase and use of thread made of Nylon for kite flying should be strictly followed.

The bench of Justice Subramonium Prasad was dealing with the petition filed to impose a complete ban on flying, making, sale-purchase, storage, and transportation of kites and objects used in making and flying kites.

In this case, The Petitioner who is a practising Advocate has brought a very sensitive issue before the Court in respect of the use of kite flying thread made up of Nylon, Plastic and other Synthetic material commonly known as Chinese Maanjha.

Whether the writ petition filed by the petitioner could be accepted or not?

High Court noted that in as many as 255 cases, action has been taken against the person selling, making, storing & transporting the banned Chinese Maanjha from 01.01.2017 to 31.07.2022, and the said drive is still going on.

The bench further noted that the National Green Tribunal (NGT) had passed an order on 10.08.2020 prohibiting the manufacture, sale, storage, purchase and use of thread made of Nylon, synthetic material and/or coated with a synthetic substance which is non-biodegradable for kite flying and the said order of the NGT has been circulated to all authorities and strict compliance of the same is being ensured.

High Court found that an order was issued by the ACP, Sub-Division – Mehrauli in the exercise of powers under Section 144 of the Code of Criminal Procedure, 1973 in respect of imposing of the ban on the use of Chinese Maanjha.

Extracting Confession From Child is Unconstitutional and Beyond Scope of Preliminary Assessment Report: Delhi HC

An Order is Passed in Given Factual Scenario; Judgment Lays Down the Principles of Law: Supreme Court