Observations of the court Can’t be Challenged by Petition: SC to Centre in a plea filed against Rhea Chakraborty Bail 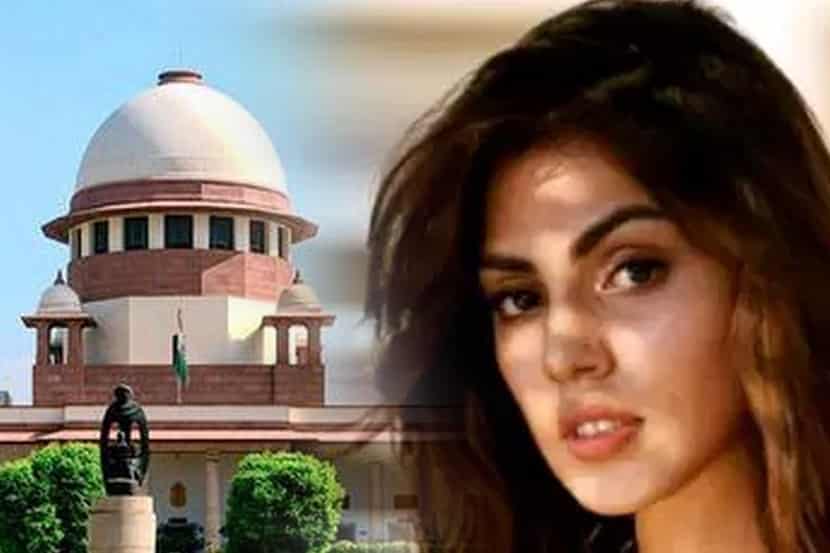 While considering the case related to Rhea Chraborthy, on Thursday, the Supreme Court told the Centre that a petition could not be challenged against observations made in a bail order.

This observation was made when a Bench headed by CJI Bobde was considering a plea filed by the Centre against some Bombay High Court observations when it granted bail to Chakraborthy.

Solicitor General Tushar Mehta, who appeared for Central Government, informed the Court that the petition does not challenge bail. He stated that the Bombay High Court had made certain observations regarding the NDPS Act, which would make the Act unworkable.

However, the Bench remarked that he could not challenge mere observations, and only the order can be challenged.

At this juncture, the SG requested the Court to grant him time to amend his petition, and the court allowed his request. The case will now be taken up next Monday.

Observations made the High Court in the Bail Order:

The Hon’ble High Court rejected NCB’s claim that Chakraborthy was part of a drug ring and facilitated the drug trade. The Court also made certain observations regarding the scope of Section 27A of the NDPS Act. It held that mere giving money to purchase drugs and mere concealment of drug use by a person will not amount to harbouring an offender and financing the illicit trade.

It was further observed that she did not forward the drugs for financial gain, and as she has no past criminal antecedents, she is not likely to commit any offence if let out on bail. According to the Bench, reasonable grounds suggest that Chakraborthy is not guilty of offences punishable u/s 27A of NDPS Act.

Section 27A deals with the offence of financing illicit trade and harbouring a person who is engaged in such a trade.

In the bail order, the Bench noted that there was no FIR or criminal case against Sushant Singh Rajput, and he was staying in his own house and was buying all his daily necessities; therefore, it cannot be said that Rhea was harbouring him.