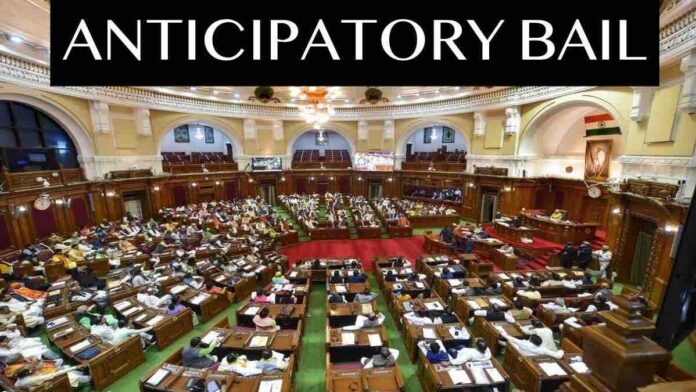 After Reintroducing Anticipatory Bail in Uttar Pradesh in 2019, now the UP Government aims to make provision of Pre Arrest Bail in offences against women and children more stringent.

On Thursday, the Government introduced Code of Criminal Procedure (Uttar Pradesh Amendment) Bill 2022, under which those who are accused of crimes against women (Rape) and children will not be entitled to seek anticipatory bail.

Other than crimes involving sexual assault, cases involving the Gangster Act, Narcotic Drugs and Psychotropic Substances (NDPS) Act, Officials Secrets Act, and those involving capital punishment will not be eligible for anticipatory bail as an interim relief from the courts, according to the proposed amendment.

The amendment will also apply to the Protection of Children from Sexual Offenses (POCSO) Act of 2012 and all rape sections.

As per bill the object of amendment, is

The Amendmenr proposed to modify Section 438 of the Code of Criminal Procedure (Uttar Pradesh) to include offences under the Protection of Children from Sexual Offenses Act (POCSO) and Rape offences as exceptions to the provision of anticipatory bail.

This should be noted that in 2019, the state of Uttar Pradesh amended the Criminal Procedure Code of 1973 insofar as it applied to the state, reintroducing Section 438, which provides for anticipatory bail.

This happened 43 years after the original amendment, Section 9 of the Code of Criminal Procedure (Uttar Pradesh Amendment) Act of 1976, which deleted Section 438.

Share
Facebook
WhatsApp
Twitter
Print
Pinterest
Previous articleHabeas Corpus | Both Mother and Father are Natural Guardians of their Children, Therefore It Can’t be Held That Custody of Father is Illegal: Allahabad HC
Next articleBail Parity | Reasons Must be Indicated in Order as to How the Case is Identical, Rules Supreme Court