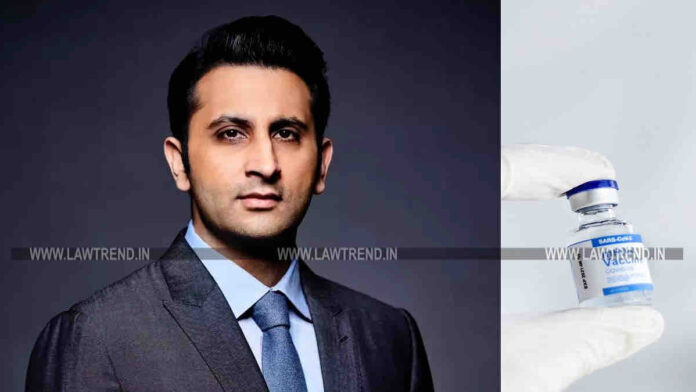 A Lucknow-based lawyer has filed a criminal complaint against seven people, including Serum Institute CEO Adar Poonawalla. The lawyer claims that after taking the COVIDSHIELD Vaccine, antibodies did not form in his body.

The Lawyer is pursuing legal action against seven people, including Adar Poonawalla.

On the lawyer’s plea, the court summoned the report from the concerned police station and fixed the hearing for July 2.

Pratap Chandra, a Lucknow-based lawyer, claims that the first dose of COVIDSHIELD was administered to him on April 8 at Govind Hospital.

At the same time, he had to take the second dose on May 28. He claims that his health began to deteriorate just after he took the first dose.

When he had an antibody test on May 25, it was discovered that not only no antibodies were developed in the body, but his platelets had been reduced to half. Following that, he petitioned the court to to direct Police to lodge FIR against Adar Poonawalla. Aside from Adar Poonawalla, lawyer Pratap Chandra has named six other people as defendants in his petition.

Action Against ICMR and Others Sought

The court has scheduled the next hearing for July 2nd, based on the lawyer’s petition, and has summoned the report from the relevant police station.

The case will now be heard on July 2.