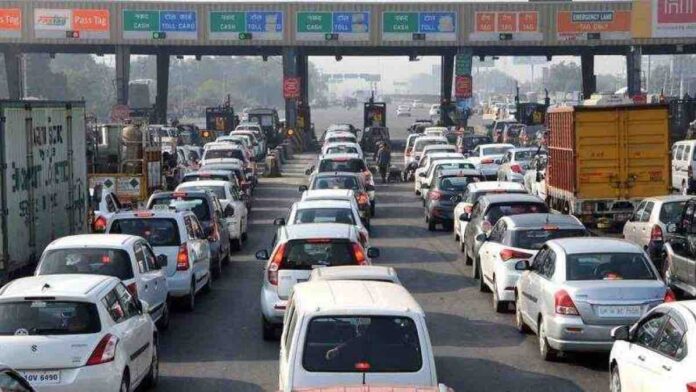 Next time if you are struck in a jam at a Toll Plaza, don’t pay for the Toll Tax, if the que extends beyond 100 metres or it takes more than 10 seconds to cross toll plaza.

As per the Ministry of Road Transport and Highway, the waiting time at toll plazas has been reduced drastically after FASTags have been implemented. The National Highways Authority of India (NHAI) has issued guidelines to ensure that there will be no more than ten seconds of wait time per vehicle, even during peak hours.

According to the new guidelines, it will be ensured that there is a seamless flow of traffic at toll plazas, and vehicles will not be allowed to queue up for more than 100 meters.

To do this, a yellow line at a distance of 100 meters from the toll booth would be marked in each toll lane, and the Ministry will sensitise toll plaza workers about their accountability.

The Ministry further stated that waiting time for toll plazas had been reduced drastically after Fastags were implemented, and even though there is no waiting time at most toll plazas, if there is a queue for more than 100 meters due to some reason, the vehicles would be allowed to pass without paying the toll fees.

The NHAI stated that as social distance has become the new norm, commuters were looking at FASTag as a toll payment option as it nullifies the chance of human contact between toll operators and drivers.