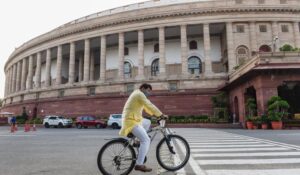 Yesterday the Shri Ravi Shankar Prasad, Minister of Law and Justice answered two significant questions in the Loksabha relating to Pendency of Cases and establishments of E-Courts in the Country.

Following questions were asked regarding the Pendency of cases in the Court (From Lower Courts to High Court) :

1. The number of cases pending in High Courts and Lower Courts in the country along with the details thereof;

2. Whether there is any possibility of a qualitative reduction in the number of the said pending cases if rural courts that are set up at Panchayat level and are accorded the rights to hear cases of limited nature;

3. If so, whether the Government is likely to set up such courts and accord them such rights; and

4. If so, the time by which it is likely to be set up and if not, the reasons therefor?

Answer to the Question by Ministry of Law and Justice:

Following questions were asked regarding the Establishment of E-Courts :

1. The current status of electronic courts in the country to eliminate the growing burden of cases in courts;

2. Whether e-courts are fully capable of the effective and timely disposal of cases and if so, the details thereof;

3. The details of expenditure likely to be incurred in the e-courts, State/UT-wise;

4. Whether Indian courts have adopted the method of e-filing;

5. If so, the details of the courts where e-filing is compulsory; and

6. the other steps are taken/being taken by the Government to reduce paper wastage and to eliminate the burden of court cases in Indian judiciary?

Answer to the Question by Ministry of Law and Justice: