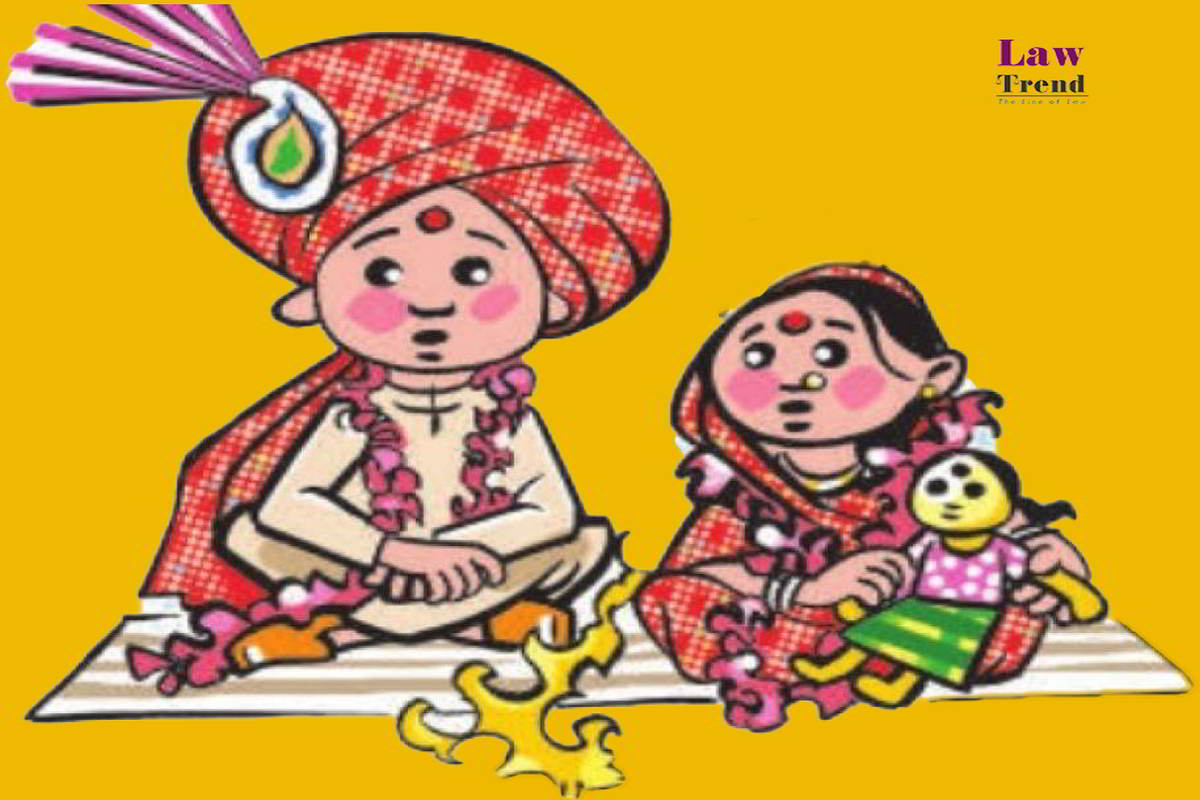 Recently, the Allahabad High Court has held that minor wife cannot be allowed to stay with husband.

A petition under Article 227 of the Constitution was filed by Parents seeking to set aside an order of the Judicial Magistrate- I, Hapur, dated 24.11.2020, passed in connection with Section 363 IPC, directing that the prosecutrix Km. Shivani (daughter) be permitted to go along with her husband, the accused Pintoo son of Omvir.

The case of the Petitioner before the court was that prosecutrix, being a minor, cannot be permitted to stay in a matrimonial relationship, where the marriage would be void under Section 12 of the Prohibition of Child Marriage Act, 2006 . He submits that in any case the prosecutrix, who is not a major, cannot be permitted to stay with her husband and ought not to be allowed to accompany him. Doing so, would be permitting statutory rape and also an offence under Section 5/6 of the Protection of Children from Sexual Offences Act, 2012.

Opposing the Writ Petition, the Counsel for the Respondent submitted that prosecutrix has married to Pintoo with free will and their marriage has also been registered under the U.P. Marriage Registration Rules, 2017.

Hon’ble Justice JJ Munir of Allahabad High Court observed thatlaw on this issue is crystalized by the Supreme Court in the case of Independent Thought vs. Union of India and another, (2017) 10 SCC 800, wherein the the Supreme Court has categorically held that sexual acts by a man with his own wife, the wife not being under eighteen years of age, is not rape.

In order to determine whether the prosecutrix was enticed away from her guardian’s lawful custody, or she went away of her own, the Court ascertained the prosecutrix’s stand, who was present in Court.

Looking to Shivani’s stand, it was evident that she has not been enticed away by Pintoo. Rather, she has left her home of her own accord and married him. In this view of the matter, the Court held that marriage would not be void under Section 12 of the Act of 2006, but would be voidable under Section 3 of the said Act. It would be open for the prosecutrix to acknowledge her marriage, once she attains majority.

Since, she was not inclined to go back to her parents, therefore the Court having left with no alternative but to direct the State to place her in a suitable State facility other than a Nari Niketan, may be a Safe Home/Shelter Home.

The District Magistrate, Hapur and the Superintendent of Police, Hapur have been ordered to ensure that the prosecutrix is immediately housed in a suitable Safe Home/Shelter Home, or other State facility where she would be safe and taken care of.

Further the District Judge, Hapur has also been directed to ensure that a Lady Judicial Officer, posted in his Judgeship, will visit the  prosecutrix once a month and inquire about her welfare. In case there is anything objectionable, she will immediately report the matter to the District Judge, who will take appropriate steps to ensure the prosecutrix’s welfare during her stay in the State facility/Safe Home/ Shelter Home, wherever she is housed.

The Court has directed that Shivani would be permitted to live in State facility/Safe Home/ Shelter Home till 04.11.2022, and thereafter, she may go wherever she wants and stay with whomsoever she likes, including Pintoo, whom she claims to be her husband.

Title:- Pradeep Tomar And Another vs State of U.P. and Another