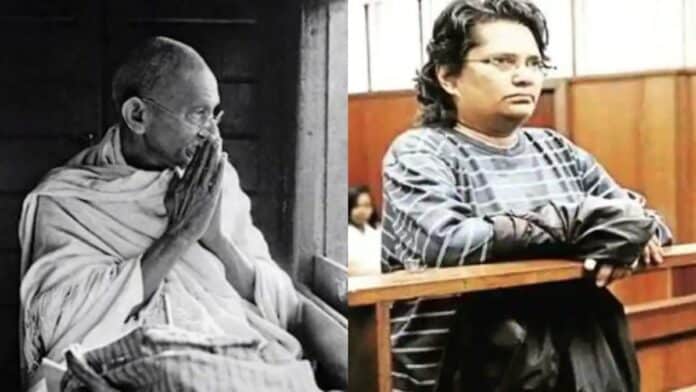 Ashish Lata Ramgobin, the great-granddaughter of the Father of the Nation Mahatma Gandhi has been convicted by a Durban court for cheating and forgery of Rs 62 lakh.

Let us tell you that Lata Ramgobin is the daughter of famous human rights activist Ila Gandhi and late Mewa Ramgobin. The Durban court said that Lata Ramgobin had met Maharaj, the director of the New Africa Alliance footwear distributor, in August 2015.

Lata told the court that she was short of money to pay the import cost and customs duty of a company from Maharaj. Lata demanded Rs 62 lakh from Maharaj as well as showed him the contract paper with the company, but later it came to know that the paper which was shown to Maharaj was fake.

It is worth noting that SR Maharaj’s company produces linen clothes, footwear and many other things. Maharaj’s company gives money to other companies on interest from time to time. In this episode, Lata Ramgobin also took money from Maharaj and did not return it on time. Maharaj had filed a case against Lata.