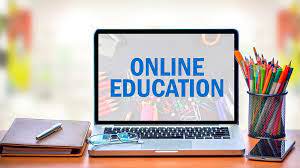 The Madras High Court on Wednesday, while hearing a Writ Petition, issued guidelines, which the State of Tamil Nadu shall follow for providing online education to the students. The petitioner prayed before the Court for the issuance of mandamus to prohibit online classes for school students through video conferencing or any other online platforms.

Given the pandemic and due to lockdown, it became difficult for the schools to conduct classes physically. Therefore, for imparting education to the children, the central and state government issued comprehensive and extensive guidelines. Ministry of Human Resource Development, Government of India has issued guidelines called ”PRAGYATA” for Digital Education in India. The State Government substantially adopted these guidelines. Writ petitions were filed expressing concern on the usage of technology for online classes amidst the pandemic.

The issue in the petition was related to the usage of technology in conducting online classes. Since there can be many difficulties in conducting classes through digital education. In the absence of proper guidelines, it would be difficult for the state to provide education to the students.

Submission of the petitioners

1. No mechanism was available to prevent the obscene and pornographic videos that pop-up during the online classes. The young inquisitive mind would undoubtedly be tempted particularly when there was the possibility of no elders being around

2. The recorded version through the local television channels should be preferred.

3. Online classes should be conducted with adherence to the time limit.

4. No such step to resolve the problem of connectivity and availability had been taken which increases the gap between rich and poor;

5. There had been time limit for the disposal of complaints by the police. A case would have to be registered at the earliest, and the enquiry has to be completed in a time-bound manner;

6. The time limit fixed on the different groups of students need to be varied for being not correct;

7. As this was a temporary methodology there should not be any insistence towards evaluation and difference in the understanding of the students would have to be kept in mind;

8. To ensure an end to end encryption due to the privacy of the students.

FINDINGS OF THE COURT

The Court observed the State Government must consider the issues by issuing a circular to all the institution. Since the Court is no expert, therefore the Court called upon the State Government, to deal with the said issue and also said that the government schools would be suffering from this issue because the classes were being conducted by record version through the local television channels.

The students suffer due to the problem of availability of device and connectivity. To overcome this situation, the institutions were asked to make a thorough investigation to find out the difficulties. The Court suggested that the classes could be conducted in community halls and the devices can be made available to them or conduct classes with the implementation of social distancing, where the students are not much in number.

The Court issued the following guidelines

The Court also said that that the above-said guidelines would apply to all school functioning in the State of Tamil Nadu.