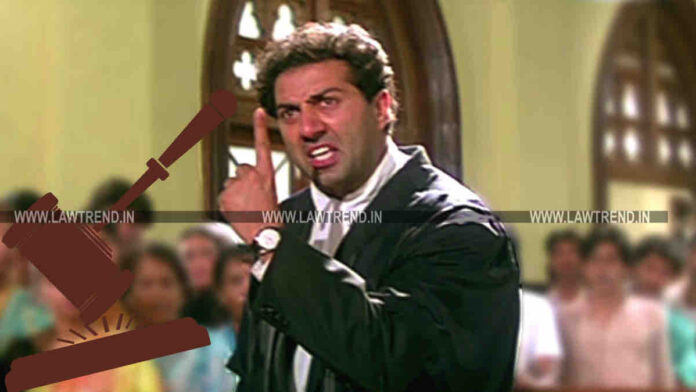 On July 17, an odd incident occurred in the courtroom no 66 of Delhi’s Karkardooma court complex. A man named Rakesh, a resident of Shashtri Nagar, was frustrated with the pendency of his case, allegedly shattered computers and furniture while chanting the movie line “Tarikh par Tarikh,” according to ANI.

Rakesh, who appeared to be unhappy with the delayed justice and frequent dates assigned to his case, also smashed on the judge’s dais within the courtroom, according to police.

The police arrested Rakesh after the courtroom personnel raised an alarm. We all know Tarikh par Tarikh is a phrase from the Bollywood film Damini. Sunny Deol delivered the dialogue as the character of an alcoholic advocate who reopened a case and fought for justice in the film.

Rakesh was arrested and brought before a magistrate, who remanded him in judicial custody. The Delhi Police has charged Rakesh with violating Sections 186 (voluntarily obstructs any public servant in the discharge of his public functions), 353 (assaults or uses criminal force on any person who is a public servant), 427 (mischief), and 506 (mischief) (criminal intimidation).