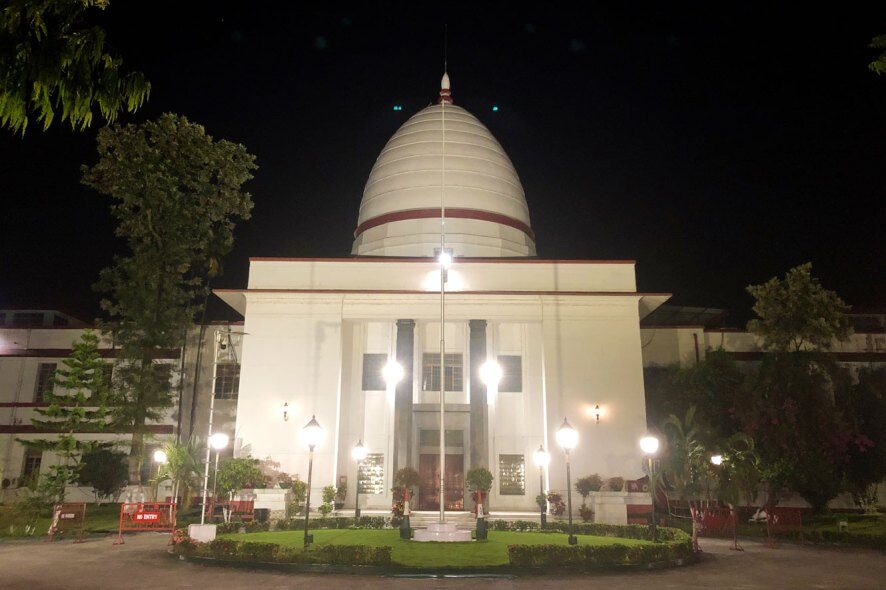 Recently the Chief Justice of Gauhati High Court Hon’ble Mr. Justice Ajay Lamba has given a Judgment on a Petition challenging the Order of Subordinate Court by impleading the Judicial Officer as Respondent.

Brief facts of the case Rajendra Baglari vs The Sub Divisional Judicial Magistrate are as follows:-

A writ petition was filed before the Guwahati High Court for the issuance of a Writ of Certiorari, and it was prayed that the order passed by the trial court should be quashed. The trial court had issued a show-cause notice to the petitioner demanding reasons for disposing of a carcass of a cow without informing the Court.

The Hon’ble Chief Justice noted that in the petition, the trial court judge Sub-Divisional Judicial Magistrate, Biswanath Chariali who passed the order in question was arrayed as a party. Apart from him, Registrar General of the Guwahati High court, Justice Amarendra Hazarika Sub-Divisional Judicial Magistrate Chariali and even the Guwahati High Court was arrayed as a respondent.

While adjudicating the case the Court took a very stern stand noting the fact that the Judge who had passed the disputed order was referred to in his capacity (by name and designation) and the Court opined that a Judge could not be sued directly for passing an order.

The Court further stated that if the respondent was aggrieved by order of the Court then who could have filed an appeal or a writ petition against the order but holding the Judge responsible in his capacity was not permitted in law.

The Guwahati High Court referred to the Supreme Court’s Judgement in Anowar Hussain vs Ajoy Kumar Mukherjee and others, AIR 1965 SC 1651, where it was held that “No Judge, Magistrate, Collector or other person acting judicially shall be liable to be sued in any Civil Court for any act done or ordered to be done by him in the discharge of his judicial duty”.

A reference was also made to Savitri Devi vs District Judge, Gorakhpur, where the Supreme Court Held that arraying a judicial officer as a party will cause disturbance to the functioning of the Court and they cannot be equated to other government officials.

Court also referred to Section 3 of the Judges (Protection) Act, 1985, which protects the Judges for actions in the discharge of their official duty.

As per the Judge, the Judicial officer in this was doing his duty while passing the order, and if the order was illegal, appropriate remedies were in place to challenge the order.

The Court opined that the High Court, Registrar General and Judicial Officer who were impleaded in this petition are testimony to the fact that the petitioner showed no regard to the functioning of the Court and violated the protection extended to Judges by central legislations.

However, the Court provided that this will not curtail the liberty of the petitioner of challenging the orders impugned by virtue of this petition before the appropriate forum, however, without impleading

Judicial Officer or the High Court. The petitioner has been granted liberty to avail the legal remedies as provided in law in a challenge to the orders impugned by virtue of this petition, however, after showing deposit receipt of the cost amount.