Interpretation of Tender Condition can be interfered only if it is perverse, malafide or arbitrary: SC 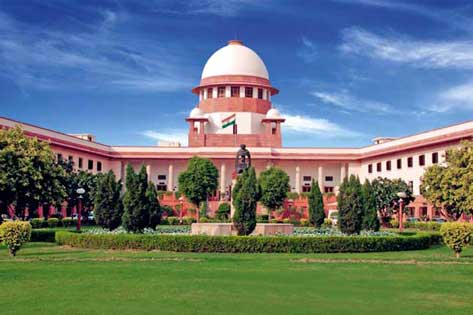 In a recent case, the Supreme Court has reiterated that a court can’t second-guess an authority’s interpretation of a tender passed by itself unless it is perverse, malafide or arbitrary.

In the instant case, the appellants’ bid was accepted, and it got the contract. However, the High Court allowed a writ filed by another bidder and set aside the contract award.

In appeal before the Apex Court, the appellant contended that High Court could not have second-guessed the authority’s interpretation of its tender and further contended that the registration certificate given under Orissa Shops and Commercial Establishments can replace a labour licence under Contract Labour (Regulation and Abolition) Act.

Observations and Decision of the Apex Court:

The Bench remarked that judicial review in such cases is equivalent to judicial restraint in such cases. What is under review is not the decision but how it was made. The Bench opined that a writ court does not have the expertise to correct decisions made by the authority by substituting its own decision.

As per the Bench, the authority that floats the tender or contract and is the author of tender documents is the best judge of how the documents should be interpreted. If there are two distinct interpretations, the interpretation of the author should be accepted. The Bench relied on Tata Cellular vs Union of India to drive home the point.

In the judgement mentioned above, the Court had made the following observations:-

Lastly, the Court held that a writ court could not second guess a decision made by the authority unless it is malafide or perverse and proceeded to set aside the order passed by the High Court.