“If there is a Death in the family, is it the State’s Responsibility?” All HC Disposes Petition, as Withdrawn, Seeking Cremation of Dead Bodies Found Near Ganga 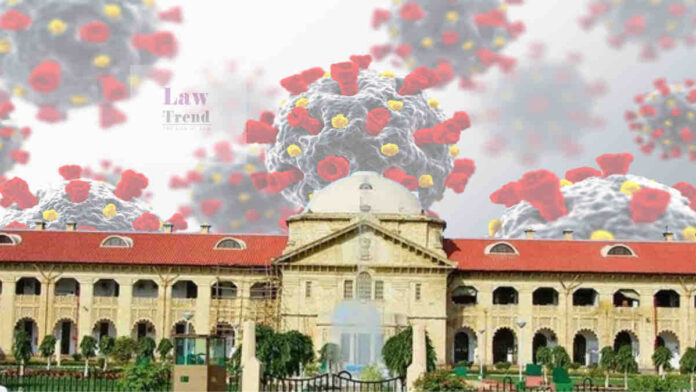 On Friday, the Allahabad High Court disposed a PIL as withdrawn seeking directions to the State to dispose of dead bodies found lying on Ganga banks in Prayagraj by suitably creamting.

The Bench of Hon’ble Justice Sanjay Yadav and Hon’ble Justice Prakash Padia turned down the petitioner’s contention that it was the State’s responsibility to cremate the dead bodies in a dignified manner.

The Court asked why the State should do that? And if there is a death in the family, then is it too the State’s responsibility?

Hon’ble Court also questioned the petitioner’s intention. It stated that the PIL was more like a publicity stunt and asked if the petitioner had personally helped in the cause before filing the petition.

In the instant case, the petitioner is Advocate Pranvesh, who prayed the COurt to issue an order/direction in the nature of mandamus to direct the respondents to cremate dead bodies found near Ganga and to also stop/prevent bodies from getting buried in Ganga.

Lastly, the Court remarked that it wouldn’t allow such types of petitions, just for the sake of it and proceeded to dismiss the case. While parting, the Bench advised the petitioner to come back to the Court after doing proper research.