How to Lodge an FIR? Step by Step Guide 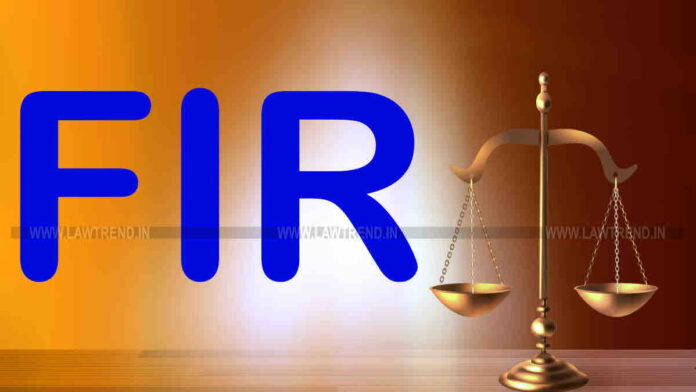 In layman’s terms, FIR is the First Information Report of commission of an Offence.

Section 154 of the Criminal Procedure Code of 1973 specifies the procedure for filing an FIR. The FIR can be filed at any police station. You are not required to be in the exact location where the crime was committed. However, try to go to the nearest police station because the FIR must be filled out as soon as possible.

Before we begin, it is critical that we understand that First Information Report is only registered for cognizable offences.

Cognizable offences are those in which police officers have the authority to arrest a person with or without a warrant and begin an investigation without obtaining permission from the court.

It is sufficient to simply go to a police station (preferably the nearest police station to the crime scene) and ask the police inspector to file a First Information Report.

Registration of FIR from the perspective of an Informant initiates the criminal law. That is, the process of solving the case begins with the registration of the case.

From the perspective of the police, an FIR is the gathering of information about an alleged crime.

It is not necessary for the person filing the FIR to be personally aware of the entire incident. As a result, if a body is discovered at the corner of a lane, it is not assumed that the discoverer knows when or how the murder occurred.

FIR is not an Encyclopaedia. An FIR should not contain minute details. Simply because a particular name appears in an FIR does not constitute evidence against the accused in a court of law.

Oral registration of FIR is possible. The condition is that after giving the oral statement, the person registering the First Information Report is required to produce that oral statement in writing.

When the person making the FIR is satisfied that all pertinent information has been recorded, he or she should sign the FIR.

A person who files a First Information Report has the right to receive a copy of the FIR.

A police constable is required by the Code of Criminal Procedure to register a First Information Report.

When Should You File an FIR?

It is advisable to file an FIR as soon as one learns of the occurrence of an offence. The provision for an information report was enacted in order to actively obtain early information of alleged crime.

If an FIR is not filed at an early stage, the findings of an FIR cannot be called into question on the same grounds. The only thing required before filing a late FIR is a reasonable reason for the delay.

Who is eligible to file an FIR?

Anyone, whether a victim of a crime, a witness to a crime, or someone with information about the crime, can file an FIR.

Step 1: Go to the nearest police station and tell the officers everything you know.

Step 2: You can either tell the police officer about the incident verbally, for example, what happened? How did you find out? Alternatively, jot down the specifics on your own.

Step 3: If you tell the police something verbally, the duty officer must write it down and record it in the General Diary or Daily Diary.

Step 4: If you file a written complaint, you must bring two copies with you. One will be given to the duty officer, and the other will be returned to you.)

Step 5: After you submit the information, the police will go over all of the details.

Step 6: The information recorded by the police is then read to you.

Step 7: After the police have recorded the information, you must sign the FIR.

Step 8: Sign the report only after you have verified that the information recorded by the police is correct.

Step 9: After registration of FIR a free copy of the FIR along with an FIR number, the date of the FIR, and the name of the police station, will be provided to Informant

Make certain that both copies are stamped. The FIR is stamped with a DD Number, which stands for Daily Diary Number. It demonstrates that they received your complaint. If you misplace your copy, you can use these details to get a free copy of the FIR online.

The contents of an FIR cannot be changed once it has been registered. However, you can provide additional information to the police at any time.

How to Submit an FIR Online

You can now also file an FIR (First Information Report) or a complaint online. However, there is a limitation: in some cities, only certain types of FIRs and complaints can be registered online.

You can file an e-FIR for cognizable offences such as rape, kidnapping, murder, and dowry-related death, among others. In such cases, the police can make necessary arrests and detentions even without a court order.

However, for non-cognizable offences such as cheating, stalking, and assault, a simple complaint can be filed online instead of an FIR.

What if Police Refuses to Register an FIR?

You may face a situation also, where the police refuse to register an FIR. In that case, as per the provisions of Code of Criminal Procedure 1973, a Person is firstly required to approach the higher police official such as Suprintented of Police of that District mentioning that the Police has refused to lodge the FIR at the complaint of the complainant and also request the SP to directed the concerned Police Station to lodge the FIR.

Even after the aforesaid process if the FIR is not being registered, then an Application under Section 156 (3) is required to be filed before the Magistrate concerned, who will direct the Police to register an FIR on the complaint of Informant.

In some cases where the dispute is more of a private in nature and no Police investigation is required, the Magistrate instead of directing the police to register an FIR can treat the application as a Complaint case and issue summons to the accused.

Simply Because a Patient Has Not Favourably Responded to a Treatment, the Doctor Cannot Be Held Liable: NCDRC

SC Seeks Replies From Centre, 6 States on Plea for Transfer of Cases on Religious Conversion From HCs