How to Get Divorce by Mutual Consent? Procedure and Documents Required 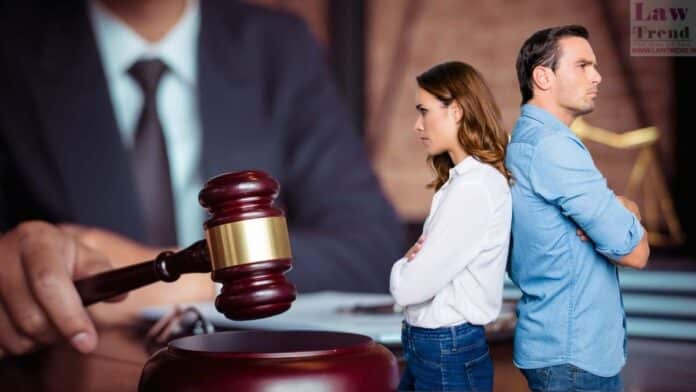 Divorce is an important legal procedure, where two adults decide to end their marriage which may be solemnized under different laws i.e. Hindus (includes Sikhs, Jains, Buddhists covered by the Hindu Marriage Act,1955).

Muslims are covered by Personnel laws of Divorce and also the Dissolution of Marriage Act,1939 and the Muslim Women (Protection of Rights on Divorce) Act,1986.

Section 13B: This section was inserted in the Hindu Marriage Act, 1976 to get a divorce through mutual consent.

Under Section 13B(1): Under this section, the divorce petition can be filed by a couple where a separation period of one year has been passed. Here is another six months waiting period under Section 13B(2) for getting a decree.

Section 14: No petition for divorce to be presented within one year of marriage provided that the Court may, upon application made to it, allow a petition to be presented.

The Hon’ble Supreme Court held that, the courts can grant divorce after waiving of six months waiting period on being satisfied that the “waiting period will only prolong their agony” and that all efforts of conciliation have been futile subject to a couple has settled all differences relating to alimony, stridhan, custody of children etc.

Mutual Divorce: This is a legal process of separation, when both the parties (husband & wife) want to settle their family issues, differences amicably after marriage as per own choices.

Contested Divorce: Where the petition is filed without the prior approval of either of the spouse (husband or wife). Common ground for filing such divorce petition is cruelty, adultery, desertion, mental disorder, medical issues, communicable disease etc.

Before starting this proceeding, all important and major issues has to be settled between the parties (Husband and Wife) amicably.

Step 1: Filing of the Joint Petition signed by both the parties for dissolution of marriage before the Family Court by both the spouses on the ground stating that they have not been able  to reconcile the differences and live together. Hence they have mutually agreed to dissolve the marriage and already living separately from a period of one year or more.

Step 2: Both the parties appearance before the concern Court alongwith their Legal Counsels and go through the contents of the petition along with all the documents presented the concern Court may attempt to reconcile the differences between the spouses, however, if this is not possible, the matter proceed further.

Step 3: After going through the contents of the application, the concerned Court direct the parties to record their respected statements on oath.

Step 4: An order on the first motion is passed by the court and 6 months time period is given for the Second Motion, which can be waived if you have sufficient ground.

Step 5: Thereafter if the parties are still interested in Second Motion, they can apply and appear for the final hearing of the Second Motion and recording of statements before the Family Court.

If the court is satisfied after hearing the parties and the contents in the petition are true and there is no possibility of reconciliation and cohabitation and all major issues, differences likes alimony, custody of children, properties etc are settled, Court can pass a decree of divorce declaring the marriage to be dissolved.

He is practicing in Delhi High Court & District Courts.

Centre Sitting on Recommendations of Collegium is Deadly For Democracy: Justice RF Nariman