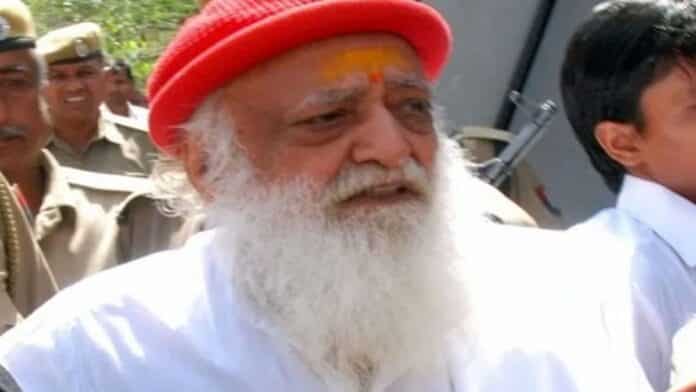 On Thursday, the Rajasthan High Court passed an order in response to a petition filed by Aasaram’s Son, Narayan Sai. Asaram will now be treated by renowned Ayurvedic doctor Raghav Raman Kutty.

A petition for Ayurvedic treatment of Asaram has already been filed on behalf of Asaram’s son Narayan Sai. During the hearing of this case, senior counsel Sanjeev Punalokar, who was representing Narayan Sai, stated that the judgement will be delayed, in such a case, it would be preferable if Asaram could receive treatment from Dr. Raghavan Raman Kutti in jail. So that Asaram’s treatment can begin as soon as possible.

The proposition was also not opposed by the public prosecutor.

After hearing both sides, Justice PS Bhati ordered that Dr. Raghavan Raman Kutti may visit Asaram in the Jodhpur jail and provide ayurvedic treatment to Aasaram.

They will be required to show all identification documents prior to entering the jail. The High Court stated unequivocally that the verdict had no bearing on Asaram’s punishment. His sentence will be carried out as before. Only Ayurvedic doctors are permitted to get inside the jail.

It is worth noting that Asaram has filed a case in the High Court for Ayurvedic treatment in Uttarakhand. The High Court denied his bail application based on the findings of Jodhpur AIIMS.

Asaram’s bail case is currently pending in the Supreme Court, and he is determined on receiving treatment through Ayurveda. Despite being admitted to AIIMS due to failing health, he initially refused medical care.

Later, he agreed to the treatment after being persuaded by the doctors. With the help of AIIMS physicians, he recovered completely. As a result, he was returned to prison.