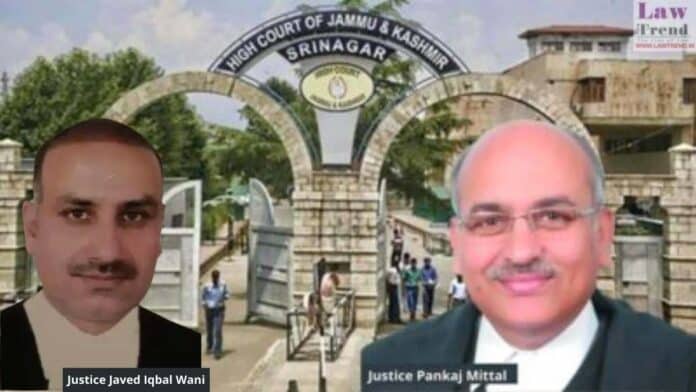 Recently, the Jammu & Kashmir & Ladakh HC imposed a 19 lakh fine on the UT administration for forcibly taking over private land without process of law.

The case dates back to 2017 when the R&B department took possession of the petitioner’s land for the construction steel girder bridge in Bandipora however, the said possession was taken over without the petitioner’s approval and without following the law.

It was further alleged that no compensation was given for the land.

In their reply, the PWD did not dispute the petitioner’s contention and said that they had acquired the land for constructing the bridge and the compensation due to the petitioner was under consideration.

After hearing the submissions, the court ruled that the petitioner’s land was taken forcibly and without providing any compensation.

Significantl;y, the Division Bench of Chief Justice Pankaj Mittal and Justice Javid Iqbal Wani ruled that the respondents violated the petitioner’s human right by depriving him of his property.

Accordingly, the court directed the respondents to compensate the petitioner for the land within 3 months and also imposed a 10 lakh on the respondents.

The court also clarified that if the respondents failed to pay the compensation amount then it is open for the petitioner to approach the court.

If All Cases Are Appealed Up To The Supreme Court, Pendency Will Not Decrease Even In 500 Years: Justice SK Kaul