Fixed Term Sentence Exceeding 14 Years Can Be An Alternative To Death Sentence In Some Cases, Says Supreme Court 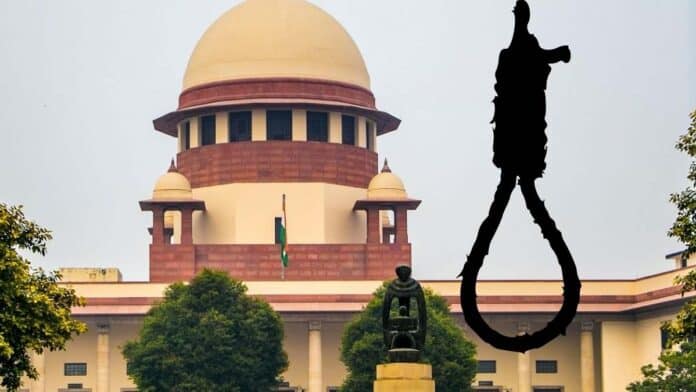 The Supreme Court recently observed that fixed term sentences exceeding fourteen years can be given in appropriate cases to strike a balance between rehabilitative justice for convicts and the victim’s plea for justice.

The Bench of Justices SK Kaul, Abhay S Oka and Vikram Nath further observed that fixed term sentences can be awarded by the Supreme Court or the High Court and not by the trial court.

In the instant case, the death sentences were awarded by the trial court to the accused who were trusted employees of the deceased Major General Kailash Chandra Dhingra and his wife Sangeeta Dhingra who were an aged couple and the accused killed them while they were sleeping.

However, the High Court did not confirm their death sentence and awarded them a life sentence instead.

The complainant and the State challenged the High Court’s order in the Supreme Court and argued that considering the brutality of the crime, the court should impose a fixed term sentence before which the convicts will not be considered for remission.

At the outset, the court noted that it was a case of pre-planned murder and the motive was greed by a person who was trusted by the family. The court further noted that batterring two people beyond recognition calls for something more than merely a life sentence u.s 302 IPC even if the death sentence is not imposed.

Therefore, the court imposed a fixed term sentence of thirty years and allowed the instant plea.

Five Situations Mentioned in Rafiq Masih Judgment are Not Exhaustive: Bombay HC Grants Protection to Class I and II Employee