Extramarital Relationship of a Woman Does Not Mean She Would Not Be a Good Mother to Deny Custody of Child: HC 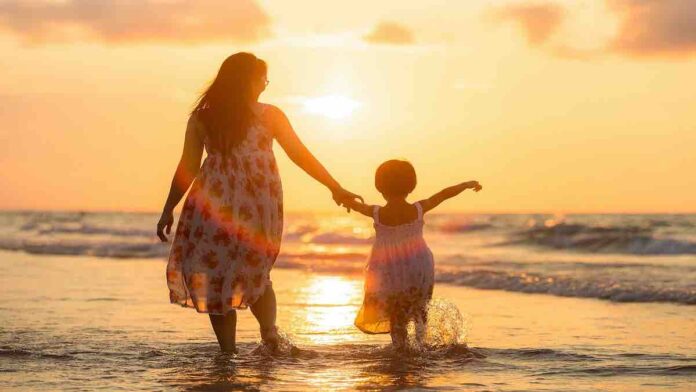 Recently, the Punjab and Haryana High Court observed that even assuming a woman is or has been in an extramarital relationship, the same by itself cannot lead to the conclusion that she would not be a good mother to deny her the custody of her child.

Mandeep Kaur, filed a Writ Petition in the nature of habeas corpus for the release of her minor daughter who is alleged to be in the custody of respondent No.4 (Husband) and to handover the custody to her.

It was stated that the respondent No.4 was an Australian citizen and after marriage the petitionerjoined him in Australia. Out of the wedlock, a girl child Jasreen Kaur Garcha was born on 27.06.2017.

The petitioner and respondent No.4 developed matrimonial differences which led to their separation and filing of a divorce Petition in the Federal Circuit Court.

However, before the divorce could be finalized, respondent No.4 promised that he will improve his behavior in future and thus, they started living together and the petitioner withdrew the divorce proceedings.

The parties while they were living together arrived in India, where the respondent No.4 kept the passport of the child and took her away while the petitioner had gone to her parental village.

It was stated that the respondent No.4 instead of acceding to the request of the petitioner to handover the child, started threatening her and the petitioner fearing her safety, fled back to Australia on 05.02.2020.

The counsel for the petitioner submitted that the child is, at present, 4 ½ year of age and the mother is the natural guardian of the child. He relied upon Section 6 of the Hindus Minority and Guardianship Act, 1956, wherein the custody of a child under 5 years would be with the mother.

It was contended that the mother has a permanent residency in Australia. She is getting a good salary and has bought a double storey house in Melbourne.

Further the Australian government, as a measure of social security, provides 1100/- Australian dollars per month for the upkeep of a child.

For the Husband, the Petitioner stated that he is an Australian citizen and is unemployed in India.

Counsel for the Respondent No. 4 raised a preliminary objection as to the maintainability of Habeas Corpus Petition in the matter of custody of child.

Opposing the Petition it was further contended that the petitioner was involved in a relationship with the brother-in-law of respondent No.4. This relationship led to a marital discord between the parties.

Further the respondent No.4 had filed a petition under Section 5 and 25 of the Guardians and Wards Act, 1890 read with Section 6 of the Hindu Minority and Guardianship Act, 1956 before the Family Court at Ludhiana which is pending adjudication.

Justice Anupinder Singh Grewal, relying upon the Judgment of Supreme Court in the case of Yashita Sahu vs. State of Rajasthan, held that the writ jurisdiction could be invoked in the best interest of the chil., as such the Habeas Corpus Petition is maintainable.

On the argument of care and protection of child by a single parent, the Court observed that:

Considering the fact that the Court in Australia has already passed an order for custody of child with mother, the Court referring to  principle of comity observed:

The principle of comity of courts has been followed by the courts in India to honour and to show due respect to the judgments obtained by the courts abroad. It is equally true that the judgment of a foreign court would not be the only factor while considering the issue of custody of a child to a parent. It would only be one of the factors for consideration and would be subservient to the paramount consideration of the interest and welfare of the child.

On the character assasination of the Petitioner, the Court observed that:

It would be worthwhile to note that in a patriarchal society, it is fairly common to cast aspersions on the moral character of a woman. More often than not these allegations are made without any basis or foundation. Even assuming a woman is or has been in an extramarital relationship, the same by itself cannot lead to the conclusion that she would not be a good mother to deny her the custody of her child. The petitioner and respondent No.4 have divorced and a decree in this regard has been passed by a court in Australia.

However in the instant case the Court found that these allegations against the petitioner are wholly unsubstantiated and are not considered relevant to adjudicate the issue of custody of the minor child.

In the aforenoted facts and circumstances, especially when there is an order of the Australian Court, the child is under five years of age, she is an Australian citizen and the petitioner is fairly well settled in Australia, the court was of the considered view that it would be in the best interest and welfare of the child if her custody is handed to the petitioner-mother.

Before parting with the Judgment the Court placed on record the valuable assistance rendered by the counsel for the parties, especially by Mr. Divjyot Singh Sandhu, Advocate, who unfortunately expired due to Covid-19 pandemic after the judgment was reserved.