Do Not Appear in Casual Attire: Awadh Bar Association Caution Lawyers of Allahabad HC at Lucknow 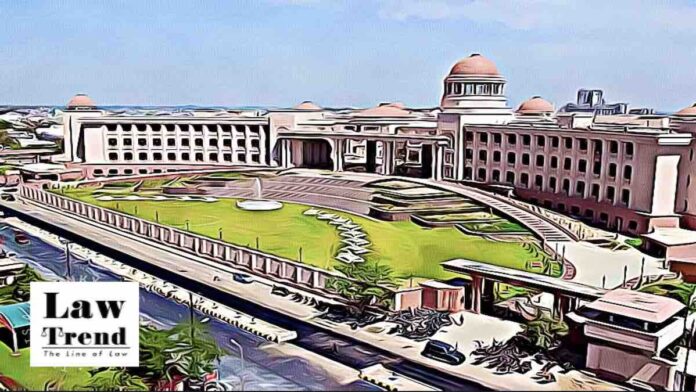 On Wednesday, the Awadh Bar Association of Allahabad High Court at Lucknow cautioned its members to wear proper dress codes and maintain decent surroundings while appearing through Video Conferencing.

This has come after several instances where lawyers have appeared before the court in violation of the dress code and in a discourteous manner, which has been seriously objected by the Courts from time to time.

There are instances of Lawyers appearing while riding scooters, wearing colourful shirts, dressing up while court dictates order. This has compelled the court to direct the Registrar of the Court to frame rules in this regard.

Following this the Awadh Bar Association has issued a circular, which states as follows:

The Hon’ble Supreme Court was pleased to dispense with the wearing of jackets and gowns on account of the Corona crisis and the Bar Council of India following the said order also issued directives specifying that the wearing of white shirts or white Shalwar kameez/sari would be necessary along with a white neck band for appearing before courts through the video conferencing mode.

However, several lawyers appearing by virtual mode have not been following these directives which has led to the passing of orders by this Honourable Court providing therein that any appearance by lawyers in a casual way, be it the dress or surroundings, would be taken seriously and fine would be imposed.

The members of the Awadh bar Association are hereby cautioned not to appear before any court of law through video conferencing in a casually dressed attire or from surroundings that are not decent and congenial and to ensure that a clean white dress with a white neck band must necessarily be worn in all appearances before any court. If any violation by the members is reported, the same shall be referred to the Bar Council for action against the lawyer.