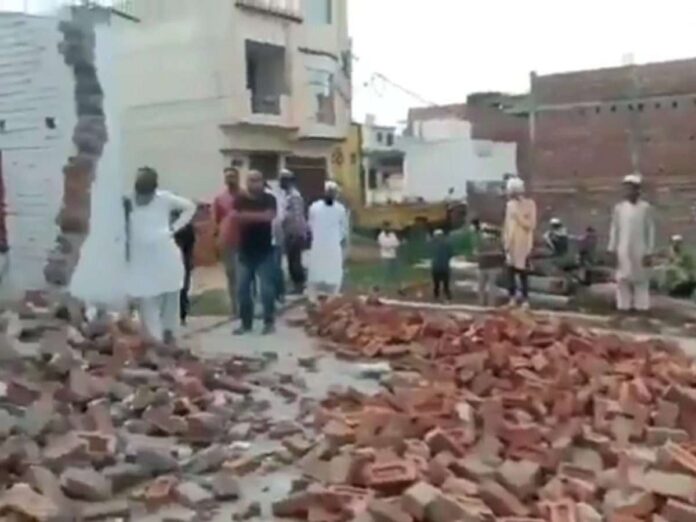 The High Court of Allahabad has issued a show-cause notice to SHO, Ram Sanehi Ghat asking why contempt proceedings should not be initiated against him for passing an order for demolition of Garib Nawaz Mosque, which violated HC’s order stating that any demolition or eviction should not be done till 31st May, due to the pandemic.

Hon’ble Justice Ravi Nath Tilhari observed that the demolition of the mosque violated the directions that the Court had issued in the order dated 22.04.2021.

The issue, in this case, is the demolition of the Gareeb Nawaz Mosque that happened on 17th May in Barabanki, UP. the district administration claims that the structure was illegal.

Senior Counsel Kapil Sibal who appeared for the petitioner submitted that there was willful disobedience of the Court’s directions in Re vs the State of UP. The Court had issued directions about not having any demolition and evictions due to the pandemic.

After considering the affidavits filed by the SHO and SDM, the Bench observed that there was nothing on record to suggest that the SDM had issued any demolition order or an order of eviction; therefore, no case has been made out against the SDM.

However, the Court issued notice to the SHO asking him to explain why contempt proceedings should not be initiated against him.

The Bench will take up the case on 22nd July.