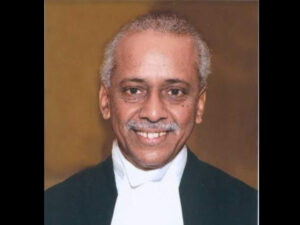 On 16th September 2020, Justice V. Ramasubramanium of the Supreme Court of India has dismiss a transfer petition that was file before the Court.

Brief Facts of the case-

A Petition/Case under section 138 of the N.I. Act was file before Additional Chief Judicial Magistrate, Agra

by the respondents, M/s Goyal Feed Suppliers, against the petitioners.

The petitioners had prayed the Court to transfer this petition to Siliguri, Darjeeling, West Bengal.

Arguments of the Petitioners:-

Counsel for the petitioners raised three main contentions before the Court in support of their case:-

Reasoning Of the Court

While considering the first the contention that delivery challan mentioned jurisdiction of only Siliguri Courts will be applicable,
the Hon’ble Judge opined that such clause cannot bar the jurisdiction of other courts and the petitioners can file the case in Agra Courts as well.

As per the Court, the complaint filed by petitioners against the respondents,
where they alleged that the respondents supplied them poor quality feed cannot be a ground to initiate the transfer of the instant petition.

Supreme Court further clarified that just because the respondents have their Head Office at Siliguri, they are at complete liberty to file the case in Agra.

The Court referred to Section 142(2)(a) of the Negotiable Instrument Act and observed:

The Court under whose jurisdiction the branch of the bank, where the payee maintains his account,
is situated will have the jurisdiction to try such offence if the cheque was delivered for collection through an account.

The Court ruled that all the contentions raised by the petitioners were unsustainable and dismissed the transfer petition.