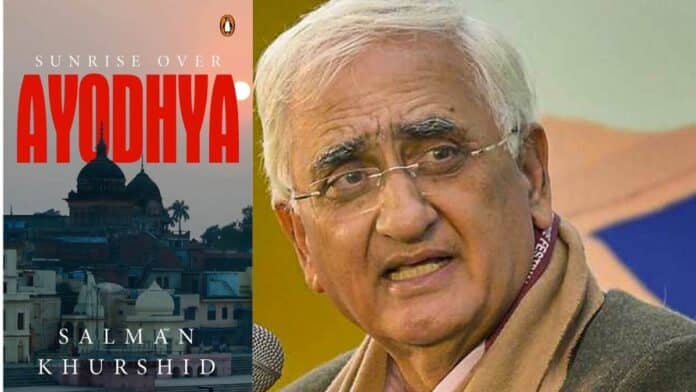 On Thursday, the Delhi High Court dismissed a plea to stop the publication/sale/ circulation of Salman Khurshid’s book titled Sunrise Over Ayodhya: Nationhood in Our Times.

The petitioner in the case is Advocate Vineet Jindal who contended that affects the faith of others as it compares many Hindutva groups to terrorist organizations like Boko Haram and ISIS.

The Bench asked the petitioner’s counsel to request people not to read the book or ask them to read something else.

When the counsel submitted that the book could result in a breach of public peace, the Bench said what can a court do and went on to dismiss the plea.

Incidentally, on November 17, an additional civil judge had refused to grant an ex-parte injunction order against the sale and circulation of the book in a plea moved by one Vishnu Gupta, the Hindu Sena President.

The Trial Court had declined to grant interim relief and had ruled that Khurshid and the publisher of the book have the right to write and publish the book in question.