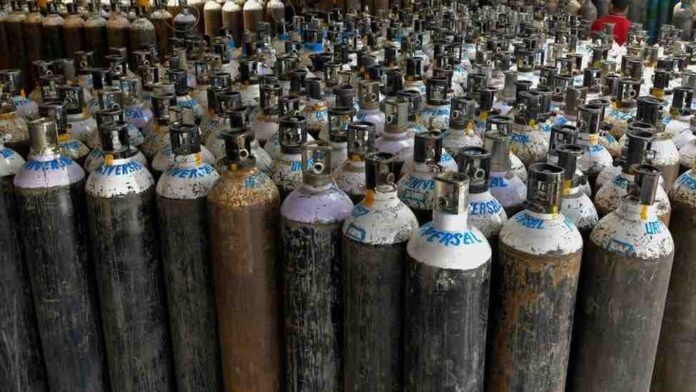 On Thursday, the Delhi High Court sought the Centre’s response regarding submission by the Delhi government regarding differences in demand and allocation of oxygen to various States and UTs. The Bench granted a day to the Solicitor General to respond.

The response was sought after the Bench has informed that Maharashtra and MP got more oxygen than they had sought.

SG further stated that there were States who had demanded more but received less. For example, Gujarat had asked for 1000 MT but got 975 MT.

The Bench stated that they would only record Mehta’s statement and were giving the Central Government a day to respond.

Amicus Curiae Senior Counsel Rakshekha Rao submitted that MP’s allocated oxygen could be re diverted to Delhi. He further pointed out that MP and Maharashtra were getting more oxygen than they had asked for.

Hon’ble Court then asked SG to explain the situation of MP.

The SG replied that some States were getting more supply as there was a surge in those particular States.

The Court also questioned Mehta about why Delhi was only getting 490 MT. the SG informed the Court that the figure was not fixed but was dynamic.

During the hearing, figures related to oxygen supply were also discussed, and the SG was of the that there might be some human error, and the Centre and its officers were their best to help people.

The Court directed the DCP and State government to ensure a study supply of oxygen cylinders and Remdisvir. The Bench also stated that if there was a seizure of cylinders and medicines, the DCP should be informed immediately.

Counsel appearing for Delhi Government was also questioned about eight oxygen plants that were supposed to be functional by now.

Mehra replied that the Centre had failed Delhi and the Country, and it was trying to skirt the Court’s order and only gave verbal assurance.

The SG stated that the Centre was doing everything possible to help States and UTs where supply was short.