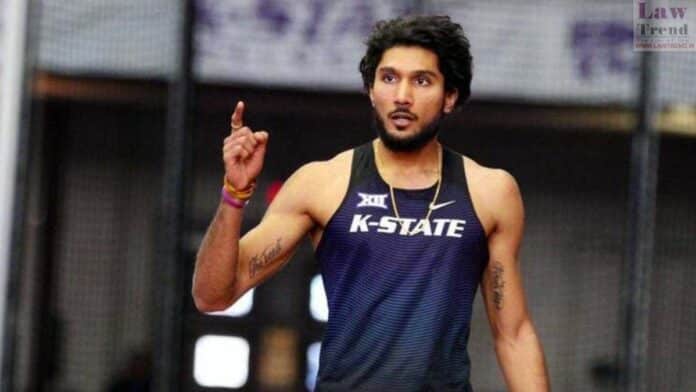 On Wednesday, the Delhi High Court directed the Selection Committee of AFI (Athletics Federation of India) to consider Tejaswin Shankar’s request to be sent to the CWG (Common Wealth Games).

It should be noted that Shankar is a national high jump record holder.

The Single Judge Bench of Justice Jasmeet Singh directed the committee to consider Shankar’s request on merits and the fact that he skipped the inter-state championships should not be the sole criteria to reject the candidature.

The court made these observations while hearing a plea filed by Shankar challenging his exclusion from the upcoming CWG games.

Before the court, Shankar’s counsel submitted that his exclusion from CWG was a result of Shankar not participating in the State championships.

It was contended that Shankar should be included in the squad after he made a qualifying jump of 2.27 metres at the NCAA championship.

It was also submitted on behalf of Shankar that he sought exemption from participating in state championships by sending a message to the national coach and pointing out that he would be the third-highest jumper participating at the CWG.

After hearing the submissions, the court posted the case on June 24.

Share
Facebook
WhatsApp
Twitter
Print
Pinterest
Previous articleSurveyor’s Report is Important Evidence and Should be Given Due Weightage: NCDRC
Next articleDon’t Offer Gifts to High Court Judges on Their Visit: CJ of J&K and Ladakh HC Directs Judicial Officers

Trial Courts Should Pass Speaking Orders in the Main and Counter Case and should Refrain from Dismissing the Counter cases on Flimsy Grounds: Kerala...

Registrar Cannot Refuse to Issue a Birth Certificate in the Name of Adoptive father, If Adoption Deed is Not Under Challenge: Gujarat HC