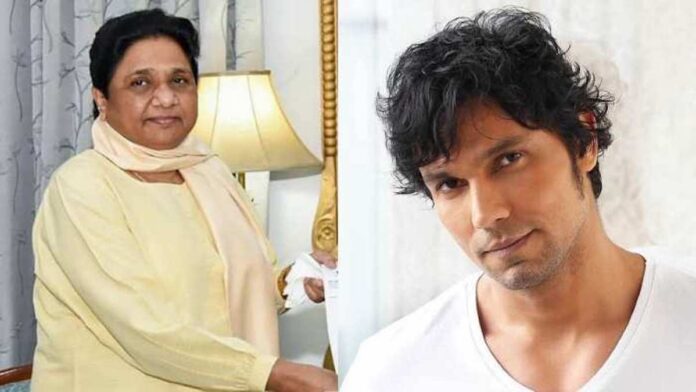 Randeep Hooda is in trouble for making objectionable and racist jokes during a talk show against Bahujan Samajwadi Party Supremo Mayawati.

A Complaint has been filed by an Advocate Malkit Singh in Hisar District of Haryana. In this complaint he accused Randep Hooda of making obscene, racist, objectionable, sexist, anti-women remarks against Mayawati.

Malkit Singh states that the show was watched all over the world through social media platforms, due to which the sentiments of the Scheduled Caste or Dalit community has been hurt.

A similar complaint has been filed by National President of Bahujan Samaj Battalion Atul Khodwal before Meerut SP with a request to arrest Hooda by lodging an FIR against the actor under the Scheduled Caste / Tribe Atrocities Act. The Complainant has submitted a CD of the said video to the SP.

Following this, Randeep Hooda has been removed as the ambassador of the Convention for the Conservation of Migratory Species of Wild Animals (CMS) — an environmental treaty of the United Nations.