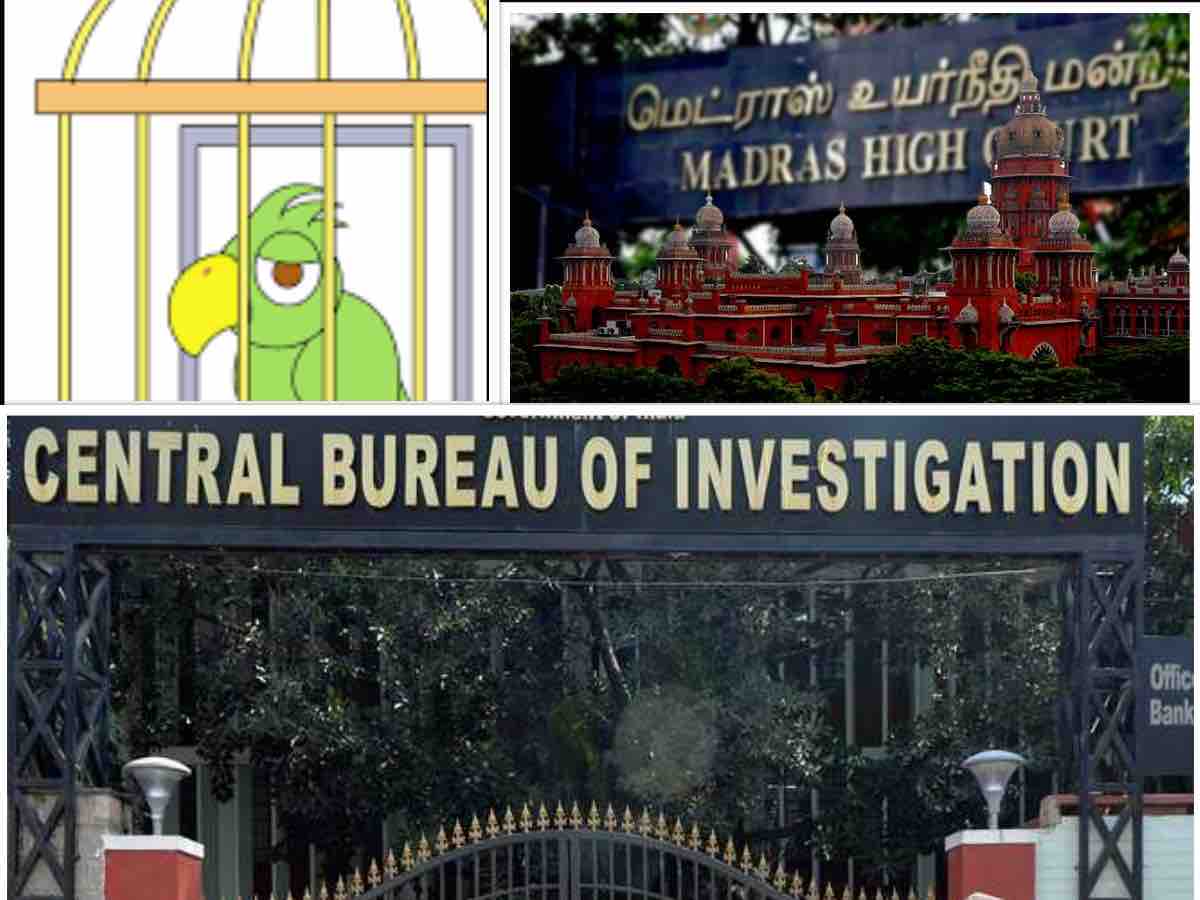 On Monday, the Madras High Court orally observed that CBI was nothing more than a caged parrot. This is not the first time a court has made such a remark. The Bench added that while the Serious Fraud Investigation Office ( the SFIO ) is doing excellent work, it might still receive orders from its political masters.

These observations were made when the Bench was hearing a plea alleging that Economics Offence Wing, Tamil Nadu, did not have trained officers who could handle the Franklin Templeton case.

As the Enforcement Directorate had also filed an embezzlement case against Templeton, the Court questioned them regarding the qualifications of their officers.

Advocate Vaibhav R Venkatesh told the Court that an IRS officer now headed the ED because the Government thought there was a need for technically sound officers.

By the next date of hearing ( 19.04.2021 ), the State Government has to file a report mentioning the steps they will take to ensure that officers manning the Economic Offences Wing have specializations.

Lastly, the Court directed that the Securities Exchange Board of India (SEBI) and ED should be made a party and orally remarked that there should not be any parallel investigation.

In 2013, the Apex Court had remarked that CBI was a caged parrot during the Coal Scam case hearing.