Can Major and Minor Penalty be Awarded by the Same Order? 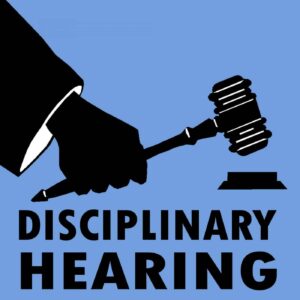 In the case of Union of India and Another vs S.C. Parashar (Civil Appeal 1267 of 2006),
the Supreme Court held that in Disciplinary Proceedings, both Minor and Major Penalty cannot be awarded by the same order.

He, in the month of December 1992,
in connection with 53rd CRPF anniversary parade, was acting as Officer-in-charge of DAGOs in Delhi He was given a brand new Maruti `Gypsy’ for performing his official duties.

He allegedly drove the said Maruti at very high speed and met with a serious accident. However he left the vehicle unattended.

He also left the driver of vehicle in an unconscious state. Further he failed to inform the headquarters about the accident.

A disciplinary proceeding was initiated against S.C. Parashar on the charges that he acted in a manner unbecoming of
a Government servant and failed to maintain devotion to duty, hence violated the provisions under Rule 3(1) (ii) and (iii) of the CCS (Conduct) Rules, 1964. On conclusion of disciplinary proceedings, he was found guilty.

The President, being the disciplinary authority, imposed the penalty of:

Mr. Prashar challenegd the order of punishment before the Delhi High Court.

The Writ Petition was allowed on the ground that that penalty/punishment was imposed in derogation of the Rules, a sub-Rule (iii)(a) of Rule 11 provides only for a minor penalty and as such in terms thereof reduction of pay for a period of three years should not have been directed with cumulative effect.

The Union of India, challenged the Judgement of Delhi High Court, before the Supreme Court, which was numbered as Civil Appeal 1267 of 2006.

The Supreme Court held that even in a case where the procedure of major penalty is followed, having regard to the circumstances and facts of the case, the minor penalty can also be imposed. The penalty imposed upon the respondent was amalgam of minor penalty and major penalty.

Ultimately the Court concluded that imposition of minor and major penalties by the same order is wholly illegal and without jurisdiction. Disciplinary authorities should not adopt such a course of action.