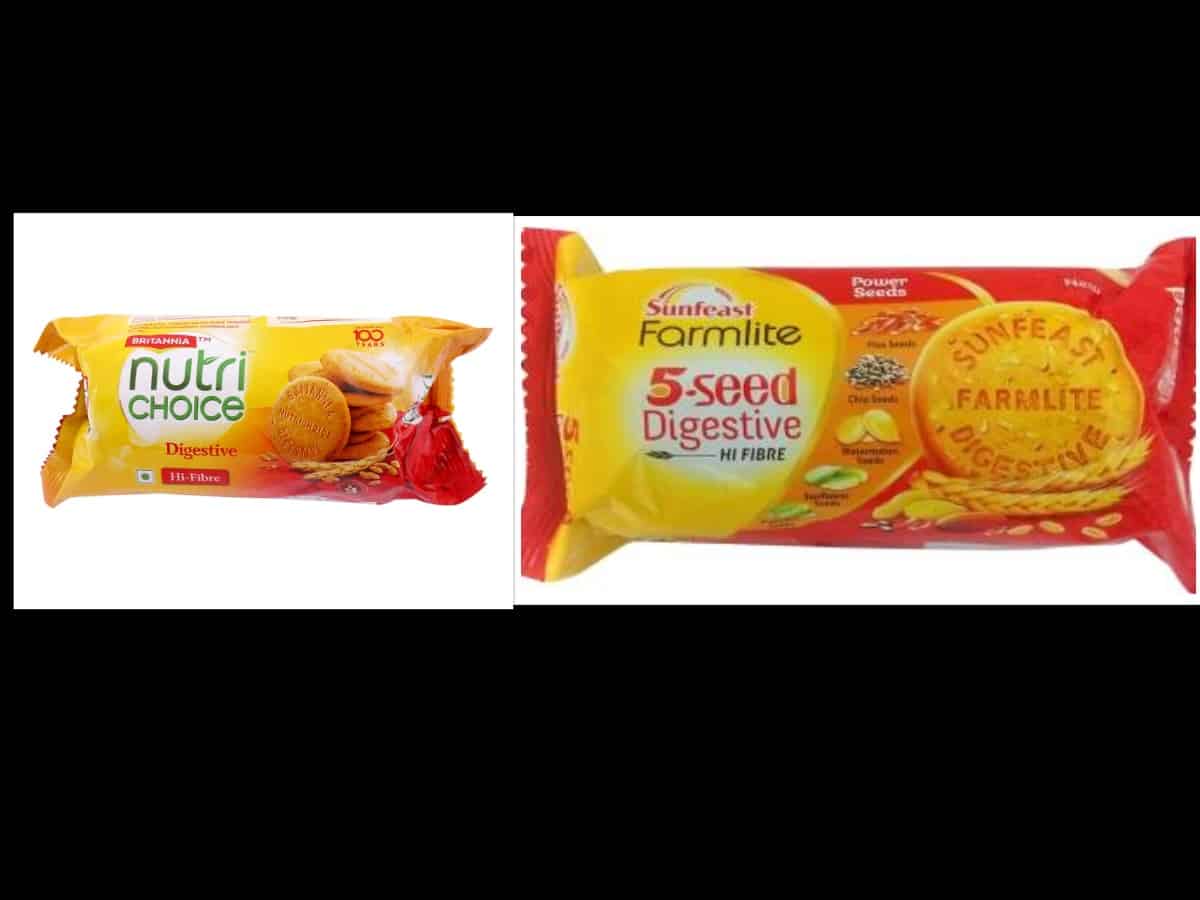 On 11th September 2020, a TM was registered in favour of Britannia Industries Ltd. in respect of various products such as biscuits, tea, coffee, baked products, pastry and confectionery, etc. This TM is employed on the packaging of the ‘Nutri-Choice digestive biscuits’.

Britannia was aggrieved by the fact that the respondents, ITC, is manufacturing and selling the ‘Sunfeast Farmlite 5-Seed Digestive’ biscuits, in deceptively similar packaging to that of the plaintiff’s biscuits. By adopting such confusingly similar packaging, Britannia’s TM was infringed by ITC.

It was pertinent to note that the defendants did not have any registered TM in respect of the impugned packaging. Sunfeast launched the impugned packaging for the digestive biscuits on 28th September 2020. Prior to that, a completely different packaging was being used, which was not in any matter similar to the current ones. Britannia submits that ITC deliberately changed its packaging to deceptively resemble theirs; to encash on the plaintiff’s goodwill and reputation.

Thus, Britannia sought interim injunction, restraining the defendants from manufacturing and selling the biscuits in the impugned packaging until the disposal of the present suit.

Before analysing the facts of the case, the court observed the legal position in cases of infringement and passing off through various precedents from HCs as well as the SC. It was seen that to assess cases of deceptive similarity, passing off and infringement, the class of consumers for the product was relevant along with nature of goods, visual and phonetic similarities etc. The situation is to be examined through the eyes of an average person. It also looked at statutory provisions in the Trademarks Act, 1999.

The Hon’ble Judge, C. Hari Shankar, looked at the overall packaging as well as the individual elements claimed by the parties. On initial examination, it could be seen that the packages were not as similar to result in deception or confusion. Even checking individual elements it could be seen that while there were certain points of similarity, they were not such that possibility of confusion or deception would arise.

The brand names, shapes and colours of the products were prominently displayed on the packaging which made it incredibly easy to tell apart. The court considered the case of Parle products, in which the SC dealt with the same situation.

“The distinguishing features, in the present case, are, on the other hand, just too many. They more than counterbalance the similarities, and, prima facie, negate any possibility of confusion, much less deception.”

The application was therefore dismissed.