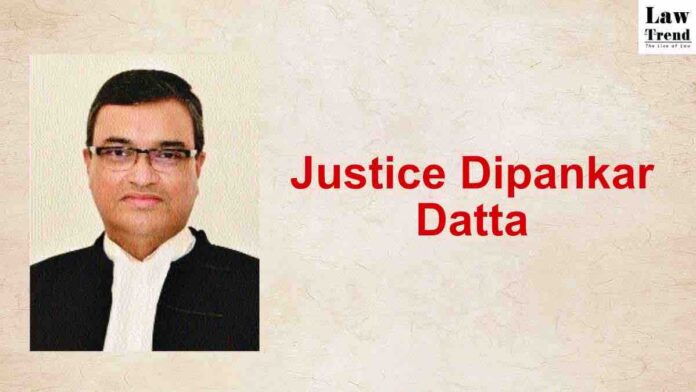 The Supreme Court Collegium in its meeting held on 26th September, 2022 has recommended elevation of Mr. Justice Dipankar Datta, Chief Justice of Bombay High Court (PHC: Calcutta), as Judge of the Supreme Court.

On November 16, 1989, he was enrolled as an Advocate after completing his LL.B. He began his legal career at the High Court of Calcutta, where he also served as a state panel lawyer.

He also practised before the Supreme Court of India and other High Courts in various Indian states. He specialises in constitutional law and civil litigation. Datta has been the Union of India’s Counsel since 1998.

Supreme Court Asks BCI To Suspend Licences of Odhisa Lawyers, Who Are on Strike For Bench of HC