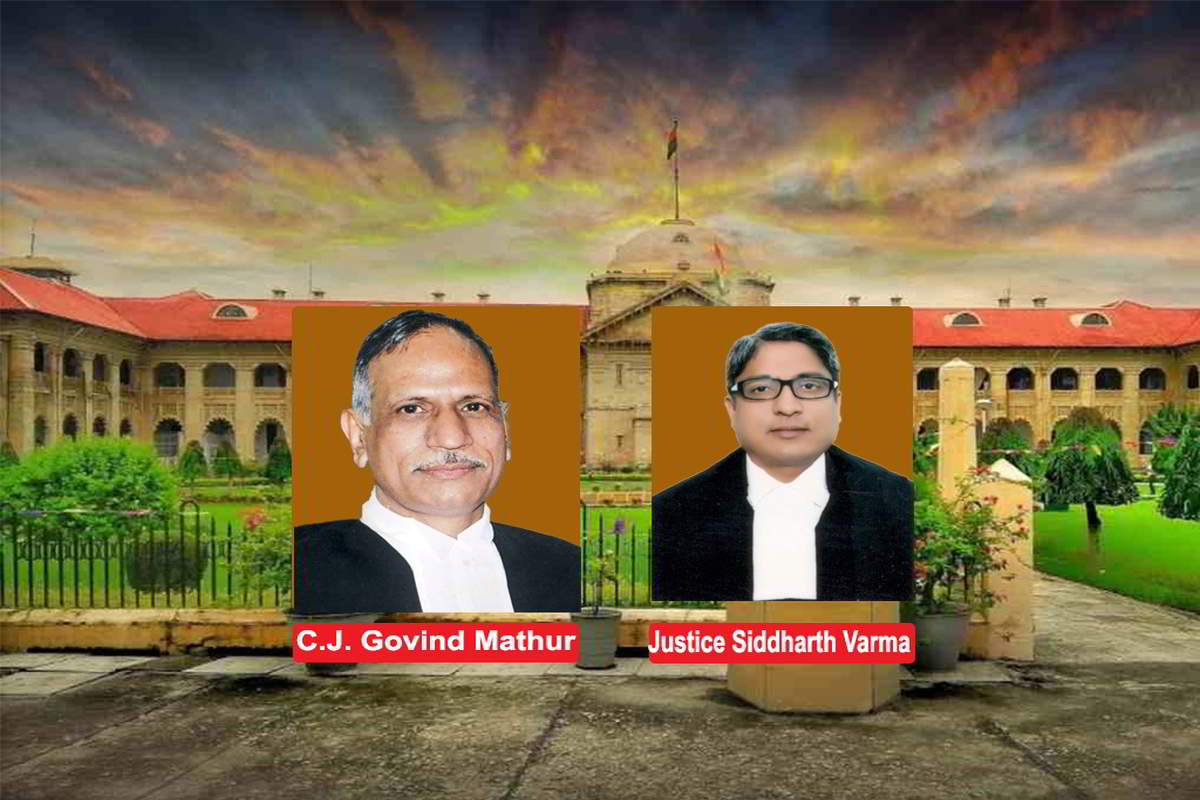 A Division Bench of Allahabad High Court has stayed the demolition of houses situated in Slum Area-Bhovapur Basti of Ghaziabad.

Bhovapur Basti is a Slum situated in Ghaziabad. It comes under the purview of the Ghaziabad Development Authority.

In the Basti aforesaid,  labourers coming from different parts of the country are residing. Some of the labourers are doing in the occupation of rag-picking.

As per the petitioner, the District  Administration,  Ghaziabad at the instance of Ghaziabad Development Authority is continuously making efforts to remove the residents of the Basti aforesaid. But without providing them with any alternative land for their rehabilitation.

Petitioner said that on 9.10.2020, some of the houses of Bhovapur Basti were damaged.

As an effort was made to evict the residents from the Basti aforesaid. So, apprehending complete demolition of houses in the Basti, a PIL has been filed before Allahabad High Court.

Learned Counsel for Petitioner informed the court that about 150 houses have already been demolished. The residents of Basti have no place to live and they just sitting in open sky.

It was submitted that residents of Basti cannot be evicted without making arrangement for an alternate place of accommodation under the Proviso to Section 26-A of the Uttar Pradesh Planning and Development Act, 1973.

Responsibility of the State to protect everyone

It would also be appropriate to state that when the entire globe is facing a pandemic,  it is the responsibility of the State to protect everyone, more specifically the population of weaker sections from any hardship that may aggravate their plight adversely.

(i) The Ghaziabad Development Authority shall not proceed with demolition of the houses situated in Bhovapur Basti till further orders;

(ii) The  District Administration, Ghaziabad shall provide temporary shelter to the residents  of Bhovapur Basti whose houses have already been demolished;

(iii) The Development Authority and the State shall see to the viability of providing houses under the Pradhan Mantri Avas Yojna;

(iv) All necessary arrangements shall be made as a temporary measure by the Ghaziabad Development Authority to provide essential amenities including light and water to the residents of Bhovapur Basti till further orders;

(v) All necessary medical facilities are also required to be extended to the residents of Bhovapur Basti.