If Jail is Used to Commit Crime, then Society is under a Grave Threat: Allahabad HC 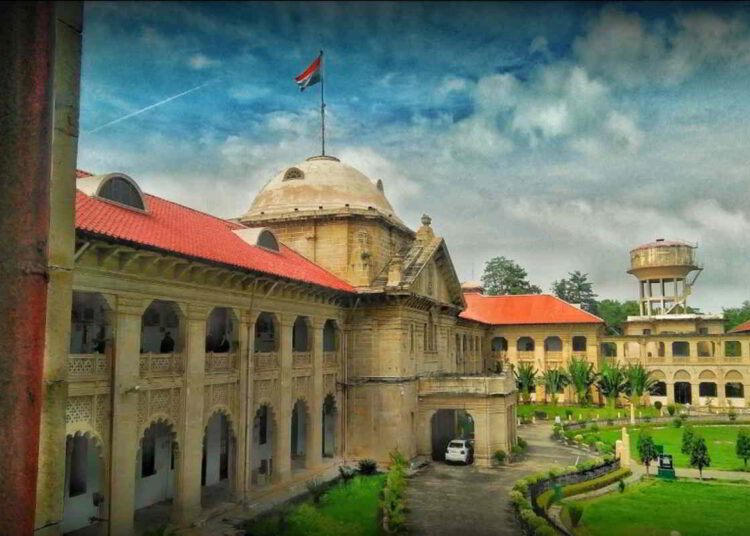 556
SHARES
1.6k
VIEWS
Share on FacebookShare on TwitterShare via WhatsappShare via EmailPinterest

While adjudicating a case, the Allahabad High Court has observed that the society will be at severe risk, if the administration and security of jail are so lax that the premises of the jail are used to commit further crime both inside and outside the jail.

Allegation against the applicant:

The applicant was accused of entering the District Jail, Deoria without permission for committing a serious cognisable offence inside the cell of an inmate.

It was further alleged that the victim was abducted from Prayagraj and then taken to District Jail, Deoria where he was assaulted inside a prison cell on 22/11/2018.

Applicant was attending a wedding ceremony.

Learned Counsel for the applicant stated that the applicant had not visited the District Jail, Deoria on 22/11/2018 but on that day he was attending a marriage ceremony in Prayagraj.

Lastly, it was argued that there was an unexplained delay in registration of the FIR because the alleged crime took place on 22/11/2018 while the FIR was registered on 8/01/2019.

Learned AGA who appeared on behalf of the respondent state argued that the applicant has a previous criminal history and that the nature of the crime was grave. Therefore the Court should not grant anticipatory bail to the applicant.

Court cannot discount the possibility that the applicant was not present at the scene of the crime:

Hon’ble Allahabad Court opined that prima facie it cannot be said that the applicant was not one of the 5-6 persons who went inside the jail premises.

Regarding the contention that there was a delay in filing of the FIR, the Court opined that when the abductors have shown the audacity to take the victim inside the jail to beat him up, it is only natural that such an incident will rattle the victim and it was surprising that the victim found the courage to file the FIR even at a later stage.

While passing the judgement, the Hon’ble Judge emphasised that the investigation in the case should be carried out meticulously and the authorities should leave no stone unturned to uncover the truth.

Decision and Directions of the Court

To secure the minimum interest of justice the pre-arrest bail application filed by the accused-applicant was dismissed, and the Court also made the following directions:-

Title: Imran vs State Of U.P