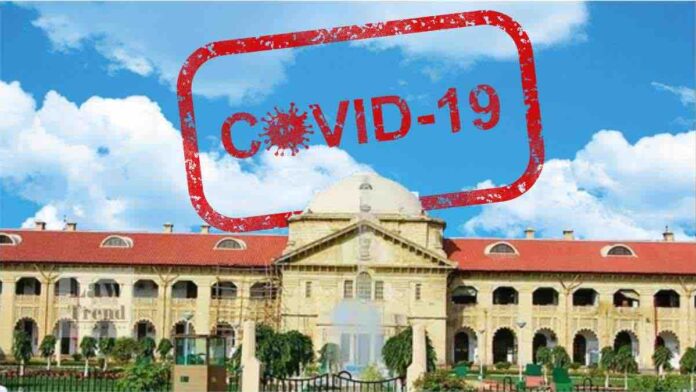 In a significant change, the ongoing case in Allahabad High Court related to the Covid Management in the State of UP titled: Inhuman Condition At Quarantine Centres And For Providing Better Treatment To Corona Positive, will be taken up by a Bench of Acting Chief Justice Sanjay Yadav and Hon’ble Justice Prakash Padia after the change of roster.

Earlier, A Division Bench of Hon’ble Justice Siddharth Verma and Hon’ble Justice Ajit Kumar was hearing the instant case that dealt with the chaotic situation in the State due to lack of medical facilities in the State. In this same case, the Court had observed that the condition of health infrastructure in rural areas and small towns of UP was Ram Bharose (at the mercy of God).

After four days of passing the said order, the Apex Court stayed the Allahabad  High Court’s direction for upgrading medical/health facilities in UP on a war scale footing. The order was passed after the Division Bench heard Solicitor General Tushar Mehta, who appeared for the State of UP.

During the hearing, Mr Mehta requested the Court that related issues be dealt with by a Benches headed by Chief Justices of High Courts.

However, the Apex Court refused to pass such an order. Instead, it stated that the formation of Benches was the prerogative of the Chief Justice but observed that it was desirable that such cases should be taken up by Benches headed by Hon’ble Chief Justices.

In this case, the Allahabad High Court had made scathing remarks and criticised how the UP government handled the pandemic.

On 17th May, the Bench expressed its dissatisfaction at the steps taken by the UP government to test the rural population of the State and enhance the medical and health infrastructure. If such a thing continues, then people would be led towards the third wave.

The Bench stated that it could not understand why the government could not scale up the manufacturing and procurement of vaccines on the issue of the vaccine shortage.

In its 11th may order, the Bench had observed that the State should grant one crore as ex gratia income of at least one crore to families of polling officers who died due to UP Panchayat poll duties.