[138 NI Act] Can Court Take Cognizance of a Complaint Where Cheque Dishonoured Pursuant to Illegal Agreement? 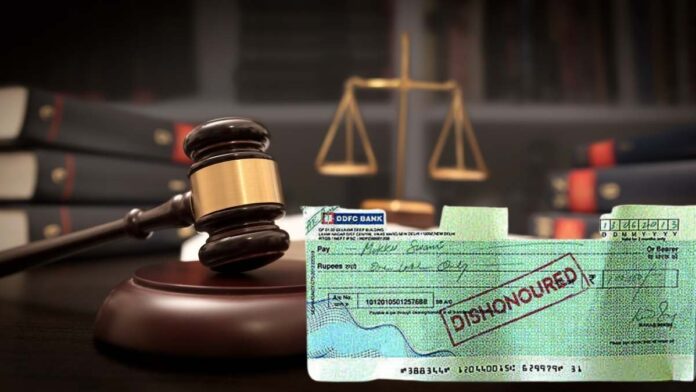 After noting that the cheque was dishonored as a consequence of a void and illegal agreement, Metropolitan Magistrate (NI Act) Shipra Dhankar dismissed a complaint filed u/s 138 of the NI Act of 1881.

In the instant case, it was alleged that the accused approached the complainant and stated that for a fee he will get the complainant tenders from NTPC as he had contacts there.

Thereafter the compliant applied for the said tender, paid a fee to the accused, and received a tender award letter from the accused. However, the letter was later found to be forged.

The complainant demanded his money back from the accused pursuant to which the accused issued him some cheques which were later dishonored. Aggrieved the compliant moved the court.

The Court noted that debt or liability means a legally enforceable debt or liability and if it is found that the object or consideration of an agreement is illegal or unlawful then the agreement itself is void and legally unenforceable. The Court relied on Virender Singh vs Laxmi Narain to arrive at the above-mentioned conclusion.

The Court also noted that the sole object of the agreement between parties was to get tenders through good links and not through merit therefore such an agreement is rendered void through Section 23 of the Indian Contracts Act.

Accordingly, the Court refused to take cognizance of the instant complaint and dismissed it.

Share
Facebook
WhatsApp
Twitter
Print
Pinterest
Previous article[125 CrPC] If the Order is Silent From Which Date Maintenance Amount will be Paid? Answers Allahabad HC
Next articleEffect of Pandemic on Lawyers: Is It High Time to Allow Lawyers to do Business Along with Legal Profession?

Accused Can’t be Convicted For the Charge Not Framed by the Trial Court: Karnataka HC