Whether the Age Recorded by JJ Board or CWC presumed to be True Age of Accused? Supreme Court Answers 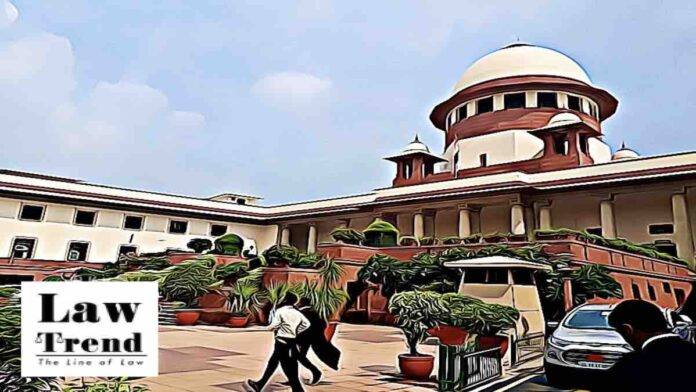 The observation was made by a Bench comprised of Justices DY Chandrachud and BV Nagarathna while delivering its judgement in a plea challenging Allahabad High Court’s order upholding the District & Sessions Court’s and Juvenile Justice Board’s judgments declaring the accused a juvenile delinquent.

In the instant case, the victim of the crime petitioned the Supreme Court, arguing that the matriculation certificate cannot be a conclusive document for determining the age of the juvenile, regardless of other material discrepancies in the oral testimony of the witnesses or other documents produced.

According to the Bench, while Section 94 of the Act creates a presumption regarding the juvenility of the age of the child brought before the JJ Board or the Committee, if the Board or Committee has reasonable grounds about whether or not the child is a child, it can begin the process of determining age by seeking evidence.

As a result, the Bench ruled that the presumption that the accused is a juvenile may not be drawn when the Committee or Board has reasonable grounds to doubt whether the person brought before it is a child or not.

In cases of such doubts, the Bench has also specified the evidence on which the Board can base its age determination process:

(ii) A birth certificate issued by a corporation, a municipal authority, or a panchayat, in the absence of the foregoing.

(iii) Age must be determined by an ossification test or any other medical age determination test conducted on the committee’s or board’s orders.

The Bench noted that in the instant case, there is no other document indicating the person’s date of birth other than what is indicated on the matriculation certificate, and thus such a discrepancy in the date of birth does not exist.

While noting that the appellant had provided no counter-evidence to the documents produced by the second respondent, the Bench refused to depart from the High Court’s decision.

The District and Sessions Courts and the High Court upheld the Board’s order, holding that section 94 of the JJ Act, 2015 had been met in the instant case because his date of birth was indicated on his matriculation or equivalent certificate from the concerned Examination Board, which was 25.09.2004.

As a result, the impugned order held that Subsection 2 of Section 94 of the JJ Act, 2015 applies in the present case because there were no reasonable grounds to doubt the said document, and in the absence of evidence to the contrary, the criminal revision was dismissed.